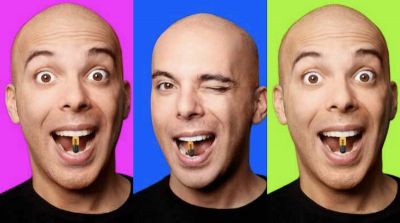 During the Iranian Revolution of 1978, Shahin’s family had to escape to survive and ended up finally migrating to Los Angeles, Ca. At 15 years old Shaahin left home with nothing but the clothes on his back and created over a BILLION dollars in revenue by inventing the legendary smart drug known as HERBAL ECSTACY.

These childhood experiences had a major impact on his perspective of freedom, hard work and entrepreneurship. Later Shaahin went on to invent Digital Vaporization (the forerunner to today’s vapes) and start a number of successful businesses with a couple of notable failures.

Today, he is the Founder and CEO of Accelerated Intelligence, Inc. a major Amazon FBA seller with millions in sales, the lead coach at Amazon Mastery where he teaches entrepreneurs how to CRUSH IT! on the Amazon platform and an active YouTube creator.

Shaahin is considered one of the leading global minds on what’s next in e-commerce,  Amazon and the internet. He is described as the “Willy Wonka Of Generation X” by the London Observer and Newsweek and is one of the most forward thinkers in business – with his Amazon Mastery Course he acutely recognizes trends and patterns early on the Amazon platform to help others understand how these shifts impact markets and consumer behavior.