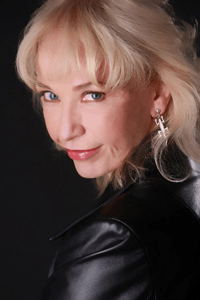 Rosemary Ellen Guiley is a leading expert in the metaphysical and paranormal fields, with more than 60 books published on a wide range of paranormal, spiritual, and mystical topics, including nine single-volume encyclopedias and reference works. Her work is translated into 15 languages. Her current work focuses on interdimensional entity contact experiences, the afterlife and spirit communications, contact with extraterrestrials, aliens and nonhuman intelligent beings, problem hauntings, spirit and entity attachments, psychic skills, dreamwork for well-being, spiritual growth and development, angels, past and parallel lives, and investigation of unusual paranormal activity. She has worked full-time in the field since 1983.

Rosemary has done ground-breaking research on Shadow People and the Djinn, entities who are involved in different kinds of paranormal encounters and problems, published in The Djinn Connection: The Hidden Links Between Djinn, Shadow People, ETs, Nephilim, Archons, Reptilians and Other Entities.

She serves on the board of directors and the research committee of the Dr. Edgar Mitchell Foundation for Research into Extraterrestrial Encounters (FREE), a scientific organization to educate, support and research the field of ET and entity contact and abduction experiences. FREE has conducted the largest ever global survey of experiencers.

Rosemary is a certified hypnotist with the International Hypnosis Federation, and is trained in bioenergy and Johrei energy healing. She is a Tarot reader, and also conducts dreamwork, intuition/psychic development, and past-life recall sessions. She is a Dream Oracle consultant for the DreamSocial.co website.

She has monthly radio segments on “The Conspiracy Show” with Richard Syrett and “Exploring Unexplained Phenomena” with Scott Colborn. She is a frequent guest with George Noory on “Coast to Coast AM,” with whom she co-authored Talking to the Dead, about emerging technology for communicating with the dead and other beings. In addition, she has been a guest on “Fade to Black” with Jimmy Church, “Ground Zero” with Clyde Lewis, “Provocative Enlightenment with Eldon Taylor,” “Darkness on the Edge of Town” with Dave Schrader, and other major radio shows.

Rosemary is a consulting editor of FATE magazine, and a board director of the National Museum of Mysteries and Research, a nonprofit educational organization in Columbia, Pennsylvania. She has served as visiting faculty for the International Institute for Integral Human Sciences in Montreal. she is book review editor for the Academy for Spiritual and Consciousness Studies.

Previously, Rosemary was a board member of the International Association for the Study of Dreams, and the Academy of Religion and Psychical Research Academy (now the Academy for Spiritual and Consciousness Studies).

She is featured in documentaries and docu-dramas on the History, A&E, SyFy, Discovery, Animal Planet, Destination America, and Travel channels. She is a popular speaker at conferences, colleges, and universities, and speaks yearly at the College of Psychic Studies in London. Among her major events are Contact in the Desert, Conscious Life Expo, the International UFO Congress, Exopolitics Great Britain, ECETI, Universal Life Expo, Victory of Life Expo, Phenomenology, Life in the Afterlife, the International Association for Near Death Studies, The Association for Research and Enlightenment, the Mothman Festival, Haunted America, various MUFON chapters, and numerous paranormal events.

In 2017, Rosemary will be a speaker at the Afterlife Explorers Conference in Brisbane, Australia, and will be a keynote speaker, with Mary Rodwell and Dr. Robert Davis, at the Close Encounters Conference following that, also in Brisbane.

In August 2015 Rosemary was awarded a Lifetime Achievement Award for her work in the paranormal, from the Upper Peninsula Paranormal Research Society in Michigan. The award was presented at the MI Paracon VI in Sault Ste. Marie.

A personal statement from Rosemary:

Like many people, my interest in the paranormal began in childhood, inspired by experiences, extraordinary dreams, an intense interest in astronomy, and a voracious reading of nonfiction and fiction related to the paranormal, occult, science fiction and fantasy. My interests were always wide-ranging, and that continues to characterize my research and work today. All things in the paranormal and metaphysical realms are interconnected. My research includes history, mythology, folklore, religion, occult traditions, psychology, parapsychology, science, medicine, anthropology, and archaeology, as well as anecdotal experience.

My work is oriented around the how and why of our extraordinary experiences. It was clear to me early in life that the paranormal and the unseen realms are real, and that human beings have encounters and experiences that have been documented since ancient times. Our experiences form patterns throughout history that reveal our constant interaction with the afterlife, spirit realms, other dimensional realities, the Divine, and uncharted territories.

I examine both the light and dark sides of our experiences, from the mystical and angelic to the invasive, demonic, and problematic. To know one side, you must also know the other. 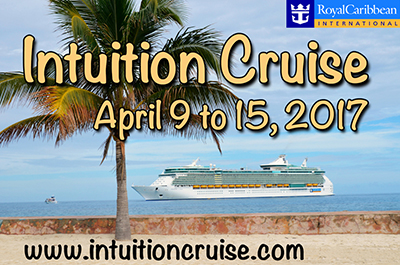