Mark Shaiken is a survivor of a decades long career in the corporate bankruptcy trenches. He sat for 10 years on his law firm’s board of directors and was a member of its strategic planning committee. He holds his B.A. from Haverford College and received his J.D. from Washburn University. He holds seats on art boards, sits on Habitat for Humanity – Metro Denver’s audit and finance committee, and is a member of the Downtown Denver Partnership’s obility and Housing Councils. He now measures his life by what he gives, and enjoys that immensely. Mark is also the author of And… Just Like That: Essays on a life before, during and after the law, which presents observations on his life before the law, his forty-one years in the law, and his life after he left. He has now started his next book Fresh Start, a bankruptcy novel.

A Denver-based photographer and the editor and founder of do : : or : : diso — a short, to the point, internet magazine offering periodic photography and insight articles. My images have appeared in and been used by: 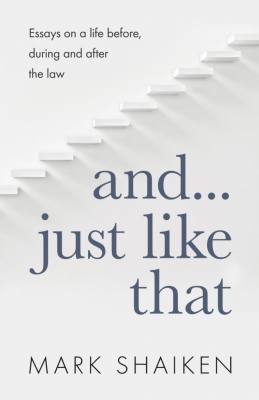