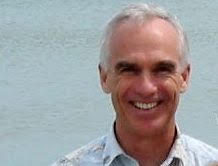 KEN CARTER’s previous careers were a paramedic and middle school science teacher. While researching the subject of bioenergy and pursuing certification as a Qigong practitioner, Carter found books on the theory of orgone energy. Along with his business partner, Bob Quintas, a 35-year veteran of physical therapy, they invented the RF BioShield, a unique invention that gives individuals protection from harmful devices that emit electromagnetic radiation in their home and business. The RF BioShield has been on the market for several years, and stops chaotic vibratory frequencies—from cell phones, computers, Wi-Fi routers, microwave ovens, televisions, cordless phones, and smart meters—and redirects the frequencies away from the body by a third generation orgonite. After sustaining a career ending injury, Ken began a life changing healing path. He healed his body, became a Level 3 practitioner of Emei Qigong, is a Level 1 BioCybernaut, sells a device for protection from electromagnetic radiation, and became an apprentice to an Apache-Sioux medicine woman.