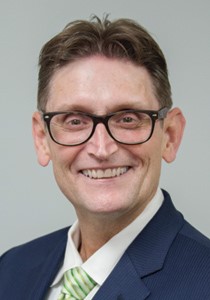 Jeffrey C. Hall, a combat veteran of the Persian Gulf War, was appointed National Employment Director for the more than 1 million-member Disabled American Veterans (DAV) on March 31, 2014. From the DAV National Headquarters located in Cold Spring, Kentucky, Hall oversees special employment initiatives and works with private and public sector entities to develop and build partnerships to address joblessness and underemployment as well as facilitate job fairs and lead efforts to connect veterans and employers.

A native of Goodland, Indiana, Hall earned an associate’s degree in fine arts from Vincennes University, Indiana in 1986. He also earned certification in the lawyer’s assistant program from Roosevelt University, Chicago, Illinois in 1994. He graduated from the management and leadership training program at Prince George’s Community College, Largo, Maryland in 1996.

Hall enlisted in the U.S. Army in 1988 and served as a member of B Company, 3rd Battalion, 41st Infantry Regiment, Tiger Brigade, 2nd Armored Division. On March 11, 1991, while serving in the Persian Gulf War, he was wounded when his vehicle struck an Iraqi anti-tank mine, resulting in concussion blast injuries to his lower and upper extremities. Following medical treatment and intensive physical therapy, Hall returned to duty and was honorably discharged in 1992.

Hall is a life member of DAV Chapter 19 in Cold Spring, Kentucky. He lives in Union, Kentucky, with his wife, LeeAnne, and their three children.