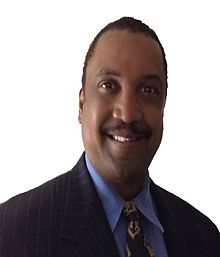 George Timothy Farrell (born August 28, 1961) was raised in Washington DC. He is the last of 5 children of George and Isabella Farrell. He is married to Sandra Lopez and have four children. He completed his early studies in Nativity Catholic Academy and Archbishop John Carroll Catholic School in Washington DC giving him a strong base for his conservative positions. He attended Howard University in Washington DC but decided to register in the Police Academy months before completing his degree in Finance. After Graduating as a Police Officer, he worked for three years for Metropolitan Police Department in Washington DC. In 1988, he moved to Quito, Ecuador and lived there for 3 years. After his return in 1991, he purchased Morgan Investments in Maryland. After selling his company in 1997, he relocated to Florida. In 1999, he became deeply involved in the political process in Florida helping the second gubernatorial campaign of Jeb Bush. In 2000 he was appointed by Governor Jeb Bush as Florida Human Relations Commissioner. In 2008, he moved to Costa Rica to work on sustainable development and returned in 2012.

In 2007 he published his first book 'Angry Black Man Guide to Success'. He wrote this book after interviewing hundreds of black men. This book is based on the experience of African American men living in United States.  He also writes occasional travel articles for Examiner. In 2016, he published "Success is Colorblind".

In 2015, he and his wife founded a Super Pac called BlakPac with the purpose to attract conservative minority voters and elect conservative Candidates who support Pro-Life, traditional family values and The Second Amendment to the United States Constitution. BlakPac maintains the largest database of minority voters in America.

Starting as intern for United States Senator Claiborne Pell (D) RI, the young college student Mr. Farrell went on to learn the intricacies of Capitol Hill and to influence legislation later in life. His governmental experience encompasses serving as Associate Director of the Washington DC Housing Finance Agency and as a United States Department of Housing and Urban Development Consultant for Empower Baltimore. During Mr. Farrell's time in Washington, DC, he developed the guidelines for the Low-Income Designation adopted by the National Credit Union Administration, worked with the United States Treasury Department to refine the Community Development Financial Institutions Act of 1994, and organized the first two Community Development Financial Institutions. His testimony before the House Subcommittee on Banking led to a fair adjustments to CAMEL rating for smaller financial institutions.

During the election cycle of 2014, Mr. Farrell worked hard to energized Black Americans across Florida to support Governor Ric Scott and converted leading African American Pastor and former NAACP President Manuel Sykes[8] from Democrat to Republican and increased Black voter turnout 40% resulting in the defeat of former Governor Charlie Christ. George facilitated for Governor Rick Scott's first visit to an African American church at Bethel Community Baptist Church He is recognized as a developer of the most effective minority voter education program in election history.

In 2015, Mr. Farrell founded BlakPac. George Farrell's experience and vision are leading a very successful conservative movement that is electing and supporting candidates across The United States of America. BlakPac maintains the largest database of minority voters in America. 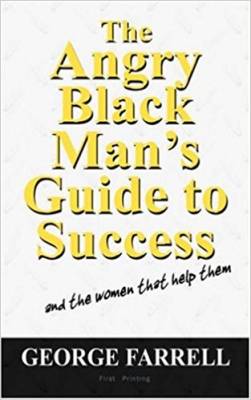