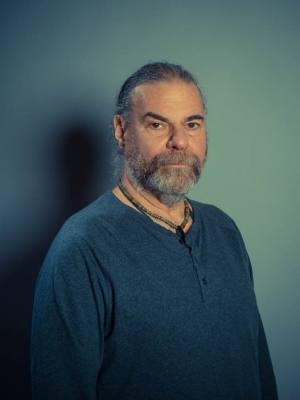 Richard Grossman is a acupuncturist and an Oriental medical doctor, who works extensively with a variety of healing modalities which include herbal medicine, sound healing and ayahuasca.

Early on in his education, he had the assignment to decide what he wanted to be when he grew up. Without thinking, his answer was that he wanted to study the effects of plants and medicines on the mind – this, without even knowing that such a thing existed.

His spiritual search also started early. He was a voracious reader, focusing on Asian and South Asian philosophies and shamanism.

By the age of 15, he had concluded that the only reason to be alive was to help others out of their suffering. It was the beginning of his calling to the path of the healer.

Richard’s spiritual journey took him next to India. There, on the banks of the Ganges, he studied meditation and the deep connection between body, mind, and spirit.

Shortly after beginning his medical practice, his lifelong interest in healing and spirit merged again, joined, this time, by the power and profound beauty of entheogens with sound and music, and went on to study extensively with indigenous healers in Ecuador and Peru.

He now leads ayahuasca ceremonies in many parts of the world, and continues to offer his gifts and wisdom in the service of helping others.