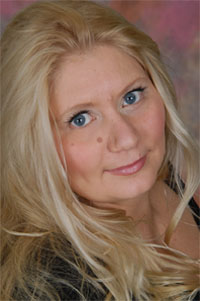 Born on a New Moon Solar Eclipse, Charlotte Is a Soul Igniter, an Alchemist, a Conscious Evolutionary Intuitive Guide with Full Sensory Perception (use of all abilities) gifting her with X-Ray vision, a background in Spiritual Energetic Psychology and a high Vibrational Frequency of healing enables her in attuning to each Souls’ unique vibrational signature assisting them with dissolving the dimensional veils of illusion.

She’s more than a Psychic…

Charlotte is also a Journey Leader with  Spiritual Quest Journey’s with over 6,000 years of past life experience and over 25 years in this present one; she’s been leading global sacred journey’s since 2007 activating portals, exploring “Cities of Light”, facilitating expansive sacred ceremonies, retreats, & cruises. She continues touring Canada and the United States keynote speaking, at various media functions, Psychic Expos & private sessions igniting, healing and mentoring Souls since 1991.

As an Internationally renowned transformative intuitive and healer she applies the most cutting-edge healing technologies, passionately inspires and empowers personal growth, expanding your awareness in new horizons to thrive; illuminating the magic of infinite possibilities in all Multidimensional layers of your life and/or heart centered business; becoming ever more present with magnetic clarity thereby launching your legacy.

Get inspired and decorate your soul

Charlotte’s diverse background in touring with the Psychic Expos,  television and film has allowed her to demonstrate her abilities to  wider audience.  As a producer and host of the radio show Goddess Alchemy and Divine Magic on BBS Radio, a media personality and adviser / guest with numerous international T.V /talk shows (SLICE, USA, Discovery, SUN, Animal Planet Networks) movies, radio & print (ELLE Canada, REUTERS, Yahoo!). The Official Morning Show Psychic on Y108FM with Ben  & Shawna. She has also been nominated for Distinct Woman of the Year 2007/08/10 in Health and Wellness her articles appearing in several magazines/newspapers Including the column "The Divine O' for In my Bed magazine a gateway to sexual alchemy & healing. Charlotte is founder of TEA FOR TRIUMPH, an awareness fundraiser, creator of the Awakening Cruises of Enlightenment, & Spokesperson for the HBSPCA.

She has also starred in the Hollywood hit movies “How to lose a guy in 10 days”, “The Pacifier” & “Hairspray”.

Charlotte resides in the Waterfall Capital of the World; Hamilton, Ontario, Canada.