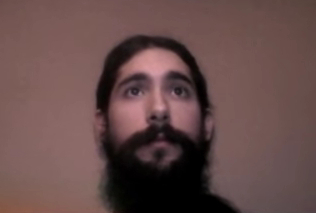 Aug Tellez is one of many who were participants in "underground" secret programs...

"I was shown many things by those who work behind the scenes.  The Unveiling is a series of events brought about by the necessity and capacity of the human race and this civilization to come to the awareness of the true nature of the corruption of power as well as the reality of the soul.

Many people are here to help perform this task; they are ex-operatives, researchers, healers, travelers, scientists, and so on.  I am here to assist in informing the public of "The Unveiling".  I was cloned and utilized as part of a secret underground breakaway military operation.  This is an entire breakaway civilization that uses very advanced technology to dominate the world.  This isn't to say that there are no groups of military operating for the benefit of humanity.

I believe we have come to this age in civilization because of an increase in human awareness as well as various factions working in their own ways towards the preservation and protection of the Human race.  I was part of a genetic engineering program that sought to combine various elements of DNA from various sources in order to create a more easily controlled yet powerful and defined person.  This involved chemicals, advanced scalar wave technology, ritual trauma and programming/mind-control, and many other aspects of conditioning, training, secret operations, physical enhancements, cognitive enhancements, virtual reality, off-world operations, temporal manipulation, spiritual and etheric training, conditioning or programming.

This is just the beginning; these operations span this civilization and involve advanced technology that goes far beyond what is released publicly."