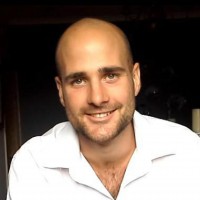 Help to understand and how to use this information

From here everything is possible

How virus controls your mind

Arno, is a freelance writer and blogger specializing in the subject of the Matrix. He has written for websites such as  https://humansarefree.com/ and  http://dreamcatcherreality.com/author/arno/, but now shares crucial information on his own site. In the past  Arno has worked as a field guide on various game reserves in South Africa, viewing wild animals while attempting to translate their behavior to guests from all around the world.

Among other things Arno, has also worked as an English teacher in Thailand, as a tour guide, on a trout farm as well as a delivery man. Above all Arno, has always been an avid researcher of mysteries and in 2015, he joined Robert Boerman, a crop circle specialist in a research project aimed at gathering more intel on all the massive stone circles in South Eastern Africa. It was believed that there may be unknown technological or sound connections as these ancient sites hold stones that weigh well over a ton.

Arno, has traveled extensively to South East Asia and within his home country of South Africa, and has met many influential people in his life which is the main reason he is who he is right now at the age of 24. He has always practiced Qigong and has completed dark room meditations in caves in North Eastern Thailand.

Currently, Arno is writing a book called “Die Alineendom”, which translates to “the all in one”, which is a prophetic book of poetry aimed to awaken the people of South Africa. Arno also offers a deprogramming service over skype to help people understand how the matrix and holographic nature of our reality works and how one can adjust reality by learning how every mechanism in the matrix works.