A Link to Heaven with Robbie Thomas 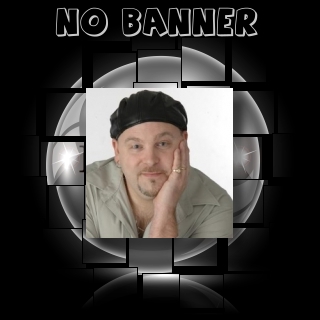 Robbie Thomas, born in Sarnia, Ontario in 1966, is married to his wife Ligia and together they have three lovely daughters. Robbie is a full time helper, author, and workshop and seminar speaker where he offers teachings in the spirit of light of God and the communication of the after life.

Connecting to those our loved ones crossed over, and sharing in the love and understanding of both life here and life on the other side, is one of the things Robbie is commited to. 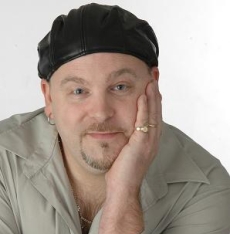 Robbie has been married for twenty years to his lovely wife and they have three beautiful daughters together. He focuses his entire core of beliefs around his family and faith. The strength comes from the tight unit of family he has who supports him totally in everything he does within the Paranormal and Spiritual fields. Robbie incorporates the family structure in the business of creating television, movies and his writing, which gives a real strong foundation for his family working together. They, as a family, are very active in community social and charity events and this also stems outward to other communities as well. Work hard, play fair and love life while doing everything you possibly can is a motto Robbie lives by.

In 2010, Robbie toured throughout the United States and Canada, assisting families who were devastated by the senseless act of murder of their loved ones. Below Robbie speaks to a room full, who showed up in Indiana, where he addressed everyone about the afterlife and went on to do live Psychic Criminal Profiling on two murder cases for two families that requested his help.

Robbie Thomas is a visionary who enjoys writing literature such as books, screenplays, and television shows. He has eight books he has written, which includes his newest release, Parasylum II The Unleashed and Dreaming. He has also co-contributed to three other books working with such notables as Award Winning Screenwriter Gloria Shepherd and retired International Chief of Police Kevin Smith.

Robbie enjoys speaking on tour about various topics of the afterlife, life here and speaking with many people internationally on their experiences they have encountered. He is widely recognized and sought after internationally for being a featured speaker at conventions throughout North America.

The 2007 Robbie Thomas Power of Spirit Tour, seen many stops from New Orleans, Kansas, Indiana, Kentucky and more. A very successful tour, which also seen Robbie doing several television specials such as a 1 hour special on NBC taking calls from many people throughout the United States.

Robbie has always went out of his way to answer those who have requested his presence for doing events. When it comes to understanding his fans, Robbie answers their call and shares his time with those who do so much for others as well. Here, Robbie speaks to a platoon of soldiers that requested to see him in Kentucky from Fort Campbell, just days before they went to Iraq for duty in 2007. The platoon was asked what did they want to do with their time off before being shipped overseas and the elected to call Robbie's Office asking, if he would come to Kentucky to take them paranormal investigating. Robbie didn't bat an eye and immediately accepted their request.

In 2009 and 2010 Robbie put on events in his hometown, which seen many come from the United States and Canada. The events were successful, which seen many from Sy-Fy, A&E, Tru T.V. Discovery Channel, Film and Radio who have worked with Robbie on many projects, come out to present for the audience who attended.

Robbie is huge on helping out others as much as he can. In 2012, Robbie was requested to speak at a charity event for a beautiful young lady named Bryona. Bryona needed a double lung transplant in order to live, as she was suffering from Cystic Fibrosis. Without hesitation, Robbie was in New York as one of the main guest speakers giving his support for Bryona and her family. We are saddened to have learned just after this event put on by so many beautiful people, Bryona was called home to be with God. Her fight with this deadly disease is over and now she's free and an Angel among many in heaven, watching over her family and friends. God Bless Bryona and her family.

One of the very first live broadcasts of a Paranormal/Spiritual Encounter on Radio back in 2003 on CHOK 1070 AM. Robbie took calls from around the world, which included England, Italy, China and the United States. While he was describing the events taking place, people were able to interact with him during the show. Many things occurred throughout the segment of this broadcast all day, which in turn kept the radio host and soundman on their toes. This was one of the very first live broadcast of an interactive radio show doing a Paranormal Investigation and having interaction with people from around the world.