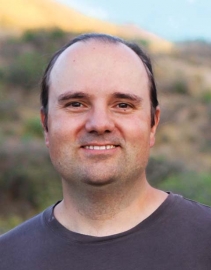 Are Superhero Powers in Our Future? A New Superhero Fantasy/Thriller uses Authentic Teachings from Revered Spiritual Texts to Enlighten as It Entertains.

What do you get when you combine the world's mania for all-things superhero, the exponential growth of yoga and meditation worldwide, and one man's commitment to help the world grasp the elevating wisdom encased in the ancient Yoga Sutra spiritual text?

A rollicking great superhero adventure story that enlightens while it
entertains! James Connor's TheSuperyogi Scenario is no ordinary book. It is the first in an exciting and entirely new genre blending elements of a superhero fantasy/thriller, graphic novel illustrations, and the teachings of revered spiritual texts. Given our world's fascination with superheroes in print, on TV and film, Connor and Sky Grove Publishing are blazing a new trail in enlightened pop culture. The Superyogi Scenario is the first in a dynamic new series of page-turning chronicles that slow-drips spiritual wisdom to its readers in the guise of adventure!

Connor imagines a contemporary world where superpowers start emerging among yoga and meditation practitioners instead of from comic book mishaps like radioactive spider bites or laboratory accidents. This fresh new take on the superhero story explores the wild consequences that occur when heroes and villains start to emerge.

Throughout the book Connor quotes original Yoga Sutra verses to explain the superpowers often attributed to the great Yogis of history, and to guide the characters as they struggle with their new roles as world protectors. Key messages come through, particularly that the more we care for and serve others, the more powerful we become. The novel brings heady philosophical teachings down to a level that are easy to grasp and allows people to glimpse why enlightenment is achievable and worthwhile to pursue.

But let's not think this takes away from the fast-moving thrill ride that is The Superyogi Scenario. The men are strong and handsome; the women are sexy and powerful; the villains are dastardly and devastating with otherworldly powers, and the fate of the world is at stake! Colorful graphic illustrations capture the imagination of everyone from the comic lover to the obsessive yogi or yogini.

Connor began writing supernatural thrillers when he won a Raven Society Award at the University of Virginia in support of his creative writing. But it wasn't until two decades later, after giving up a successful business career as the CEO of a New York City advertising agency and completing a three-year isolated meditation and yoga retreat in the high-desert mountains of Arizona, that Connor felt compelled to publish stories that allow readers to experience deep wisdom gained from his fifteen years of detailed Buddhist and yoga training. Following in the footsteps of his story-telling idols C.S. Lewis, Neil Gaiman, and the Wachowskis, Connor is a firm believer in combining philosophy with fun. He is also the founder of GoBeyond.org and travels teaching Buddhist and yoga philosophy with an emphasis on meditation.

It was on Sunday afternoons, in his cabin in the Arizona desert, that Connor poured out the heroic journey of Diamond Mind, Airspeed, Samsa and Father Agua that now marks the beginning of a new superhero saga for our times. 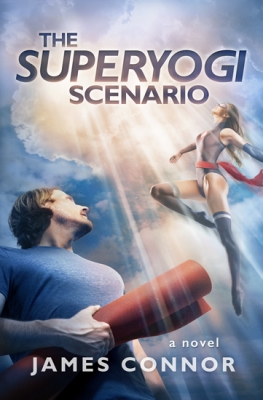