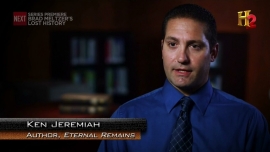 Fascinating and astonishing are only a few words that can describe Dr Jeremiah's life-long works. Eternal Remains: World Mummification and the Beliefs that make it Necessary provides a comprehensive introduction to bodily preservation in worldwide cultures. It is unique, as it focuses on the religious and spiritual beliefs that necessitated the practice. The final conclusions formed are sure to inspire all, providing a new way to consider death and its relationship to life. Eternal Remains combines a study of mummification with comparative religions, and an analysis of worldwide beliefs about the nature of death. It will open one's eyes to new possibilities concerning human advancement, anomalous archaeological discoveries, and the greatest mysteries of both life and death. Dr. Ken Jeremiah has been featured on several episodes of ‘Ancient Aliens' on the History Channel, including Secrets of the Mummies and Forbidden Caves.

Dr. Ken Jeremiah has written extensively about history, religion, and critical thinking. His previous books include Remnants of a Distant Past, Christian Mummification, Living Buddhas, Aikido Ground Fighting, and If the Samurai Played Golf...Zen Strategies for a Winning Game. He teaches world language and comparative religion courses, and currently resides in Narragansett, RI. 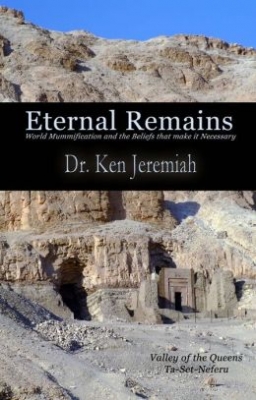