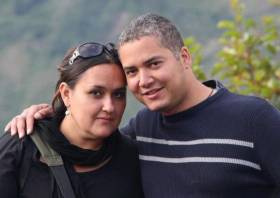 Bathurst, NSW, Australia—Parapsychological Researcher, Daniella Fenton, has spent the last half-a-decade working alongside her husband investigating the workings of consciousness and the mysterious origins of modern humans. Fenton’s most recent project involved testing the validity of past life memories, specifically those recovered from over twenty individuals that involved recollections of alien visitation to our planet around 800,000 years ago.

Daniella Fenton has a rather interesting background, not only a certified regression therapist but also licensed by the Peruvian government to practice indigenous shamanism. “That past life memories often provide valid information is not new, this has long been established as fact, thanks largely to the extensive research of Professor Ian Stevenson,” says Fenton.

Stevenson, a distinguished University of Virginia psychiatrist, was the first scientist to use rigid scientific protocols to validate spontaneously recalled past-life memories. Stevenson published over 300 papers on reincarnation, his seminal work being Reincarnation and Biology: A Contribution to the Etiology of Birthmarks and Birth Defects (1997).

Fenton continues, “I wanted to see if these recalled ‘extraterrestrial lives’ could provide details sufficient to lead us to objective evidence, thus validating the recorded stories. Incredibly, we eventually located a material discovery which is equivalent to the black monolith depicted in Kubrick’s film, 2001: A Space Odyssey.”

To further validate claims in the accounts, Fenton enlisted the assistance of her husband, author of the acclaimed pop-science book The Forgotten Exodus: The Into Africa Theory of Human Evolution (2017). The subseuqnt investigation identified several anomalies in early human DNA associated with the same date attributed to the identified physical evidence.

In her upcoming book Hybrid Humans: Scientific Evidence of our 800,000-year-old Alien Legacy Fenton offers the ‘out of this world’ results of her unique study, sharing details of the physical and biological evidence for the first time in public.

Website
Hybrid Humans
Topic Categories
UFOs
Physics & Metaphysics
Biology & Chemistry
Access Consciousness
Shamanism
Theory & Conspiracy
Occupation
The authors of 'Hybrid Humans' and 'The Forgotten Exodus'
Biography
Daniella and Bruce Fenton are a husband and wife research team based in Bathurst, NSW. Between them, they investigate a wide range of subject areas including archaeology, palaeoanthropology, shamanism, mythology, ufology and psychism. Daniella is an experienced psychic medium and has also trained in Ecuador's Andean shamanic practices and holds a licence to practice shamanic healing in Peru. Bruce has featured on the popular Science Channel show 'The Unexplained Files' as well as featuring in various online media. They have co-authed several books, their most recent being The Forgotten Exodus: The Into Africa Theory of Human Evolution & Hybrid Humans: Scientific EVidence of our 800,000-year-old alien legacy.
New South Wales
Australia 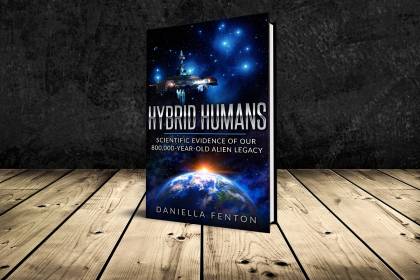