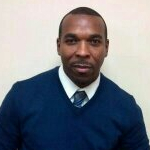 T. Dwayne Smith, Sr. is President & CEO of Teen-Train, Inc. Certified Domestic Violence Advocate & Certified Life Coach that was born and raised on the West side of Chicago and had to learn endurance and perseverance after the death of his parents as a pre-teen. 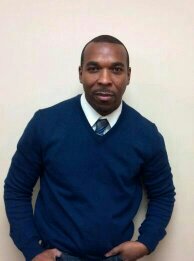 Born and raised on the Westside of Chicago, Tarvies D.Smith, Sr. had to learn endurance and perseverance after the death of his parents as a pre-teen. As a result of the lack of parental guidance, structure, vision and personal accountability; Tarvies became angry, frustrated and unmotivated regarding his future.

Tarvies attended middle school at J. Sterling Morton Elementary and later attend John Marshall Metro High School. While attending Marshall, Tarvies began to make change for the better. His aunt received him into her home and provided emotional and mental stability. The love, support and encouragement that was provided by his aunt helped to propel and foster a winning attitude that manifested into the following academic achievements: Top 5% of his graduating senior class, Member of National Honor Society, Member of John Hope Franklin Club, Principal Scholars Program, Recipient of the late Mayor Harold Washington Mercantile Exchange Scholarship Award, Homecoming King and many other academic and personal accomplishments.

However, the single most significant personal accomplishment for Tarvies was receiving Jesus Christ as his personal Lord and Savior. Tarvies received his call into the ministry and completed his ministerial training at Living Word Christian Center where Tarvies is a current member under the leadership of Dr. Bill Winston. Tarvies later obtained his second Masters Degree from Concordia University and is now a professional school counselor.

LOVE LOVE LOVE the new opeing song "Changed Man" - it so stands up to and vocalizes ALL that TEEN-TRAIN stands for! And Happy Birthday to your brother John!!!!

May the train keep moving ...

"As the PR/Marketing Director of BBS Talk Radio Network in California, I met
Dwayne and encouraged him to bring into fruition his idea for a show called
"Teen Train" dedicated to guiding our youth of America in finding a direction
to personal empowerment, purpose, self respect, and a compassion for others
within the grace of what God's light opens for us all. His on-going radio
show on the BBS Radio Network has accomplished just that! Dwayne has become a
strong leader of influence and structure for the teenagers who are in
desperate need of vision, guidance and acceptance.  Dwayne, to me, is a
modern day "hero" of strength and personal accountability. Mr. Fred Rogers of
"Mister Rogers Neighborhood" on TV was also a "hero" of mine for many, many
years and still is . . . mainly because he told children that they were
valued "just the way they were" and mirrored to them a way of recognizing and
talking about their "feelings inside", making sense of them, accepting them,
and finding words and ways of expressing them appropriately and honestly
through play, music, art, dance, etc. Dwayne does something very similar for
teenagers - and that is why I have always affectionately referred to him as
the "Mister Rogers" of this time.  What Dwayne does for our youth is to help
them nurture the fact that they have importance and value. May the "Train"
always move on and give future and guidance to our youth . . .thank you
Dwayne for all that you do."

What a show today Dwayne!  I so enjoyed your guest and all the great
knowledge expressed, how you both work with the youth, and her words about
the Holy Spirit and the power of love - this was a show close to my heart -
thank you!  I'm also going to email your guest and let her know she is
touching so many people - you both are! May the "train" keeping going . . .