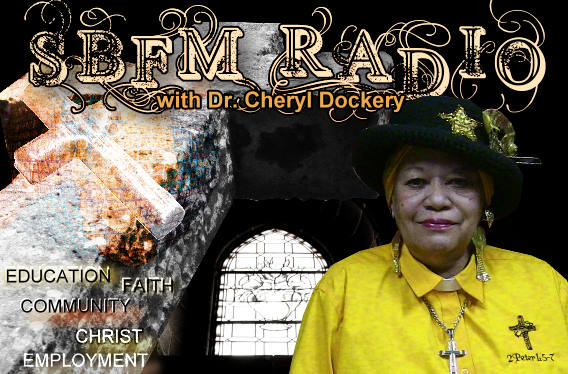 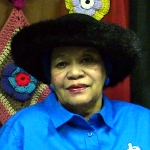 My name is Dr. Cheryl Lorraine Dockery and I am President/CEO of SBFM. I studied under and was ordained by three different Christian denominations. I am now a practicing non-denominational Minister of our Lord Jesus Christ.

I received DD, Doctor of Divinity and a Church Charter in 2005. I completed the requirements for a certificate of completion in Pastoral Counseling in 2007.

SBFM provide lease access television programming and advertising services to the general public. OUR rates are designed for individuals and small business owners and can’t be matched by competitors.

SBFM Ministries has six television programming departments. There will be no obscene or indecent programming. 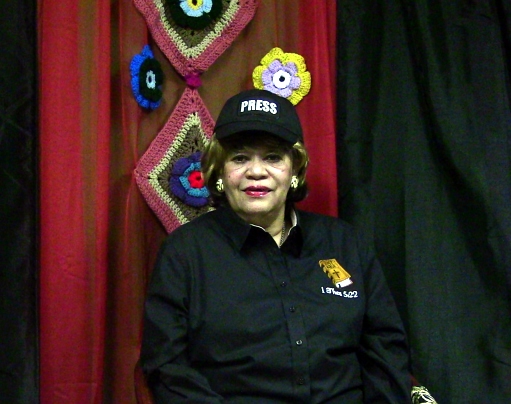 Cheryl Dockery has been a business consultant since 1978. Between 1978-1990 she was President of “Independent Consultants Unlimited” (ICU), a collaborative of Business/Personal Consultants who provided employment/self-Employment and personal/business services to the general public.

In 1988 she became President/CEO of a California Non-Profit Corporation “The Center of Progressive Education (CPE)” where she developed/implemented and facilitated business management/job search workshops, planned corporate events and trade shows. She also coordinated and promoted fund-raising receptions attended by businesses, community organizations and the general public.

Between 1980–1988, she was also employed as an Eligibility Case Manager providing services to AFDC recipients in Alameda County.

In 1997 Cheryl became a television, radio and internet talk show co-host of a show she co-produced the “Computers and You” show and in 2004 she produced “The Cheryl Dockery Show” with Mr. Chuck Johnson, executive producer and owner of Soul Beat TV network.

In 2000 the Computers and You business became an Alameda County contractor providing self-employment and employment services for CalWorks recipients. The Dean Curtis and the L.L. Brown and Associates employment training models were used.

In 2000 she began her Christian studies under the World Christian Ministries where she was ordained and received her Doctor of Divinity degree in 11/25/2005.

She continued her studies and received a certificate of completion in Pastoral Counseling on 4/2007 form World Christian Ministries.

Currently Cheryl is General Partner of SBFM Small Business Forum which was formed to provide training and educational services through television and internet video streaming.