The "Jericho Unit" is a Total Field Magnetometer, which is also known as a Nuclear Resonance Magnetometer applications in global news.

Robert likes to compare modern science with data from ancient legends and belief systems and does empirical research comparison in these areas to see a common scientific relationship with them. After having done this he can readily see that the ancients were dealing with real science and quantum physics. He has discovered and put together several items on this subject matter.

High frequencies take an enormous amount of energy to deliver and penetrate a target and so it is that I use very low frequencies and that allows me to detect water, compounds and elements at a distance of several miles and very deep in the ground. I have even been able to detect a gold coin through a lead box.

At very low frequencies the elements are very close in resonant frequency i.e. silica/glass is only about two to three tenths of a hertz away from quartz and gold is only two tenths of a Hz away from gold, then the next element is Iridium, then Uranium and etc. When the resonant frequencies change just a little from earth temperature changes as well as cosmic anomalies then this is plenty enough to loose accuracy and dig another empty hole.

I use a sine wave generator (where I can change the frequencies on site) with a special power supply and some special antennas. I also use an oscilloscope and a sample of the elements in field to (on site) calibrate and facilitate the changes in resonant frequencies of the elements. This way I can be as precise as I need to be.

I am a competent assayer of precious metals and I own and operate an assay laboratory. When I was doing further research with frequency detection technology I would detect an underground element and then recover and take it to the lab and (document) verify my findings. 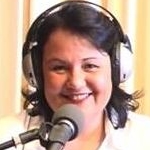 This show is Fun and opens up a whole new world of exciting topics and "Welcomes" your Questions and Comments. The show explores a variety of subjects from the Spiritual Eastern, Western and Native American Indian beliefs to the basic concepts of Love and Success. Join us today as we explore such subjects as: quantum Physics, Scientific discoveries, Health, Metaphysical concepts, Eastern and Western Wisdoms and Universal Laws with the intent to give all Listeners subjects with substance for contemplation and exploration.