This Podcast section is restricted and required BASIC subscription for Talk Show Toward The Light. Please subscribe to listen this section.

Subscribe Now!
Show Headline
Toward_The_Light
Show Sub Headline
Courtesy of BBS Radio
TOWARD THE LIGHT
Cathy O'Brien & Mark Phillips ~ Discussing the powerful events that led to Mark's rescuing Cathy and her daughter, Kelly, from the horrific life-long torture and being mind controlled slaves under the government imposed MK Ultra ... and the magnificent triumph of love over the greatest of adversity.  This is a stunning example of the power of Love & Light over ALL darkness! 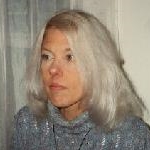 Rev. Juliet Nightingale — a multiple NDEr, is the host of this ground-breaking programme, Toward The Light, focusing primarily on the Nature of Consciousness and Life Continuum as revealed through the Near-Death and similar Spiritually Transformative Experiences. She features a stellar roster of special guests who are both experiencers and researchers in the realm of NDEs and related topics. Some of the show topics include:

Nightingale covers new ground, discussing topics that up until recently have been nearly taboo. Audiences leave with the tools necessary for change, with information relative to their own lives, on both personal and professional levels. With compassion and the utmost respect for various religious beliefs, Nightingale inspires her audiences to go out into the world and make a difference.

Nightingale is a facilitator, speaker, teacher, clairvoyant, medium, life coach, and Reiki practitioner who is available for public and private speaking engagements (as well as for the above-mentioned services). She also conducts seminars covering a wide range of topics. From England, her accent immediately draws people in. And although a bit shy and reserved, with her 'tell-it-like-it-is' style, Nightingale holds her audiences spellbound, then engages the audience in colourful dialogue.

Toward The Light was founded by Rev. Juliet Nightingale — a lifelong mystic and Seer from England — who has been through a number of near-death experiences, (NDEs), as a result of life-threatening illnesses since childhood. She's also had many out-of-body experiences (OBEs) and spiritually transformative experiences (STEs) — all of which have had a profound and lasting effect on her life. Initially, however, she rarely spoke of them as a result of being grossly judged and misunderstood. Thanks to her joining the International Association for Near-Death Studies, (IANDS), she has, since, been able to share her experiences first hand, and has generated great interest and deepening awareness of the profundity of the NDE, OBE & STE in recent years.

Nightingale has been on two IANDS committees — Membership Chair and Friends Of IANDS (FOI) International Relations Committee. She's also facilitated FOI NDE discussion/support groups in Nashville, Tennessee and different areas in New England — now holding 'virtual' and local meetings as Light On The Water (LOTW) — and being committed to generating a community of support for experiencers. She is passionate about her work in offering resources and support for NDErs and others who've had similar experiences ... where they'll find an abundance of resources, encouragement and amity with kindred spirits.

As a result of her deep convictions concerning near-death and similar experiences, Nightingale is very committed to fulfilling the goal of IANDS thus: "to enrich our understanding of the nature and scope of human consciousness and its relationship to life and death".

Nightingale has availed herself to the media for the purpose of furthering study and research on these topics. She's appeared on various radio programmes, TV, and in newspaper and magazine articles, as she discusses her experiences and knowledge of near-death/out-of-body experiences and the immortality of the soul. She has also written articles and given talks on these subjects — pointing out that "...we never really die; we simply shift from one realm to another — remaining totally conscious and alive, but in a different form. We never cease to be ... and it is the destiny of every soul to return to the Light."