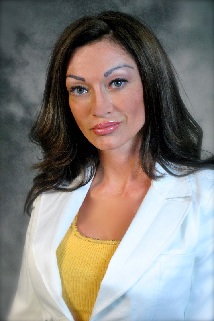 Guest Category
Entertainment
Philosophy
Religion
Spiritual
TV & Film
Guest Occupation
Licensed Dually and Globally Ordained Master Reverend, Former National TV Talk Show Host, Radio DJ, Author, Public Speaker
Guest Biography
Licensed Dually & Globally Ordained Master Reverend in good standing since 2013. Former National TV Talk Show Host, Radio DJ, Author and Public Speaker.
Tania, The Rebel Reverend, takes a position of simplicity with accuracy without compromise. The “in your face" Modern day Paul takes up her cross daily to spread the gospel and as Jesus told the crowds “I did not come to bring peace but rather a sword”. Her motto is simple, spiritual accountability Matthew 12:36 “Every careless word shall be accountable to God” and her slogan as crucify hypocrisy Matthew 7:5 “Remove the plank in your own eye before you judge me”.
Our spiritual overtone towards Jesus has at best regressed. Mankind has contributed this edifying religious propaganda with a blazing accuracy of global spiritual ignorance. And in the miscarriage of religious lies and deceit, we run from one spiritual emotional fix to next through watered down “feel good” sermons from every global religious pulpit. Tania wants nothing less than her brothers and sisters around the globe to be taught His truth rather than the world’s truth.
With Jesus being the only one to walk sinless, her slogan of humility is "I don't always practice what I preach". In keeping it real leaving the "holier than thou" attitude for the pious of self righteousness, Tania sets out to proclaim the good news rather than offer watered down sermons that entertain rather than teach. Simply put, she is meet people where they're at and where Christ wants them to be in hopes that they will not be carelessly lead away from false doctrine. With many souls hanging in the balance, Tania’s places her spiritual accountability on a much to a much higher podium as to not lead the Lord’s children astray.
READ BIOGRAPHY
The One Percent Insurgent
(The “Sold Out” Solder for Christ)
”Fighting the Good Fight against Legalization in our Churches”
For most young girls in the 1970’s, having an easy bake oven or daydreaming about having her own family was on every little girls Christmas wish list. But not for eleven year old Tania as her only wish was to be unconditionally loved, rather she was born into a family of addiction, abuse and neglect. And despite her harsh family dysfunctions, she persevered.
From a young age, Tania did not have the luxury of being a kid, as her life was abundantly surrounded with greed, lust and an inescapable appetite of pain and suffering.  And while she was remarkably resilient, she would later overcome and shine upon heaven’s door steps.  Hand chosen by heaven as a modern day Paul, her signature would be paramount in proclaiming and glorifying Jesus Christ.
With no real sense of belonging, she would suffer many horrors that nobody should have to.  And despite all that she would endure, she did not sway from her divinical calling in fighting the good fight. With an extensive history of abuse stemming from her father at a young age, being repeatedly beaten up and bullied in various schools and foster care homes, multiple suicide attempts, sustained domestic abuses, Tania found it hard to be socially accepted, thus fighting became her norm. A new plate form of survival for security would form through martial arts training.
A few years had passed where Tania’s world would be monumental in paving her future.  Mustering up the strength to leave her abusive husband nor any monetary resources for legal fees in exhausting custody hearings, she answered a luring business ad which would charm her into an industry that was mysterious as much as it was enticing.  A world of borderless intimacies but a lifetime of pain and regret would guide her deep into the rabbit hole of spiritual debt.  Money and a collage of materialistic possessions would eventually grant her a place with society’s financial and privileged elite as she rung her way up the ladder to what the world deems as success.
Now having achieved worldly success, Tania would remarry to a Russian international crime syndicate.  And although this marriage did provide some sense of security where she now felt safe against her first husband, it was dysfunctional at best as she was encouraged and allowed to continue in the adult industry.  A choice needed to be made as the spiritual accountability haunted her, thus she chose her heavenly Father over her lucrative business that provided expensive worldly possessions that had buried her into a deeper destructive lifestyle down the path of despair. Tania was quoted, “On the outside, I appeared to have it all but on the inside I had nothing. I was the walking dead.  I had no heart left.” Still the small voice in her fuelled her too take up her cross and banking on Jesus’ promises of rest, deliverance and restoration.  Fishers of men became her motto as she ventured out to disciple, meeting people where they were and where Christ wanted them to be.
Mathew 28:19-20 "Go therefor and make disciples of all nations, baptizing them in the name of the Father and the Son and of the Holy Spirit, teaching them to observe all that I have commanded you. And behold, I am with you always, to the end of the age."
Guest Name
Bernadette Di Gabriele 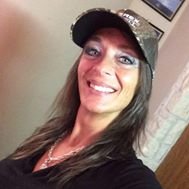 Autumn is my favorite time of year; perhaps that is because I was born into a big family, living in a small, upstate New York town, during this fabulous season. I am number six of seven children and ironically, I am now a mother of eight amazingly unique individuals. I love to write, teach, speak, inspire, motivate, and create. For me there are no limits, our potential is infinite, and our destiny is ours to design. Guiding individuals toward embracing their truths, discovering their passions, and living a balanced happy life is what I am here to do. Hello, I am Bernadette Di Gabriele and it is a great pleasure to meet you.

To begin, I grew up in a strict catholic home and realized early on that structured religion was not for me. It was in my mid-teen years that I had the chance to venture out and discover other religious mindsets. In my early twenties, I decided to dedicate myself to Christianity, moved to a small Tennessee town, and became an ordained Spiritual Teacher under the Church of God. During this time, I co-partnered a business heading the departments of Human Resources and Operations, while singing in and co-pastoring at a small church - where my primary focus was relationship enhancement, family services and youth counseling.

Still feeling unsettled about my spiritual beliefs, I began researching deeper into other philosophies and quickly became intrigued by the diversities and similarities I had discovered. I was now in my late twenties, finding myself at a major crossroad. Feeling desperate and trapped in a life of falsities, instability and uncertainty, I stumbled upon a spiritual weekend intensive that impacted my life so significantly that I had no choice but to make effective, necessary changes. I allowed my mind to embrace the idea of universal energies, I opened myself up to accept my gifts and passions, and I embarked on a new journey set to understand and grow what I knew was innate to me.

Through my studies, I have realized that there are very few absolutes, however, those that exist are irrefutable. I particularly enjoy working with one of these rarities, as I find discovering its power and ability invigorating. What is this captivating absolute, you ask? The answer is energy. Being a Usui Reiki Master and Theta Energy Practitioner, I tap into the power of this phenomenon in order to help others restore balance in their lives; ultimately creating happiness.

Today, my path of discovery has brought me to a place where my heartfelt desire is to assist others in achieving their goals, both personally and professionally. My recipe, well, I take my experience, passion and divine impartations, then I combine those elements with my behavioral science, communications, and, spiritual education and background. Adding these components together equals valuable guidance for individuals toward realizing and reaching their highest potential. Together we can make discoveries that will forever impact your life, setting you on a path to design your destiny one intention at a time. 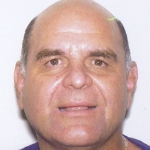