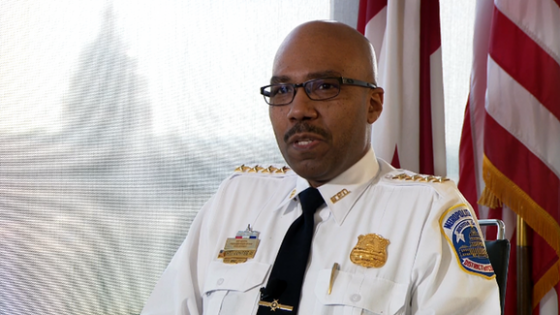 A Candid Conversation with Robert J. Contee III, Chief, Metropolitan Police Department - Rising violent crime in the District of Columbia is at the top of most people's concerns this election season. The murder rate is increasing, "ghost guns" are now on the scene and public safety has become the number one campaign issue. How can we get on top of all this crime? Will putting more police officers on the street really make a difference?  Marília and I will speak with Chief Contee about the important role of the men and women in blue in our nation's capital. 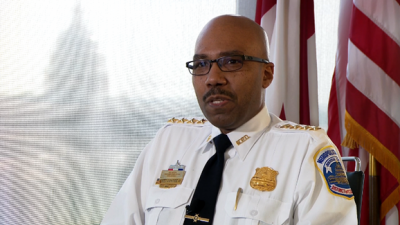 Robert J. Contee joined the Metropolitan Police Department as a police cadet in November 1989. He became a sworn member of the Department three years later and quickly rose through the ranks, serving in a variety of assignments. He started as a patrol officer in the Third District, sergeant in the Second District, and the Metropolitan Police Academy. As a lieutenant, he served as a Patrol Services Area leader in the Second District, Regional Operations Command-East, and led the Intelligence Branch. In January 2004, Chief Contee was promoted to captain responsible for leading the Violent Crimes Branch, including the Homicide Branch and the Sexual Assault Unit.

Contee was promoted to Second District commander in August 2004 and was transferred to the Special Operations Division (SOD) in April 2006, where he was responsible for overseeing tactical patrol, special events and traffic safety functions. Following his post at SOD, Chief Contee became commander of the Sixth District in 2007, before taking command of the Recruiting Division in October 2014. He was named commander of the First District in January 2016, and was appointed Assistant Chief of MPD’s Professional Development Bureau in the summer 2016 where he oversaw the Human Resources Management Division, Disciplinary Review Division, the Metropolitan Police Academy, and Recruiting Division. In April 2017, Chief Contee was named Patrol Chief of Patrol Services South (PSS), which included his oversight of the First, Sixth, and Seventh Police Districts. He was named Assistant Chief of the Investigative Services Bureau (ISB), in March 2018. The ISB works with the community to solve crimes, bring offenders to justice, support the recovery of victims, and protect witnesses. It includes several divisions that are integral to supporting community safety. These divisions are the Criminal Investigations Division (CID), which includes the Homicide Branch and Sex Assault Unit; the Narcotics and Special Investigations Division (NSID), which provides proactive criminal enforcement services so that citizens can live in neighborhoods free from drug dealing, drug-related crime, and prostitution; the Crime Scene Investigations Division; Youth and Family Services Division; and the School Safety Division

Chief Contee grew up in the Carver Terrace community in Northeast, DC, and is a DC Public Schools graduate. He holds a Bachelor’s Degree in Professional Studies with a concentration in Police Science from George Washington University. He has also completed the Management College at the Institute for Law Enforcement Administration and the Senior Management Institute for Police (SMIP) of the Police Executive Research Forum in Boston, Massachusetts.