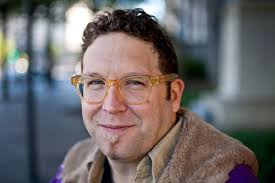 This Sunday - our guest will be political activist Adam Eidinger who was responsible for getting Initiative 71 on the ballot and getting it passed which legalized marijuana in Washington, DC in 2014. He is a longtime DC statehood advocate who was arrested in an act of civil disobedience with Senator Brown in a 2011 protest in front of the United Stated Senate. Next week Adam has been invited to the White House for a meeting to discuss removing marijuana from the Federal list of controlled substances. We will be joined by special guest host Kathleen Gomez to talk about drug policy, DC statehood and grass roots advocacy. 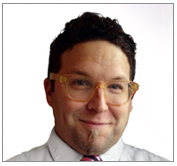 Adam Eidinger is a Washington D.C. businessman and political activist, known for his role in spearheading Initiative 71, which legalized cannabis in the District of Columbia in 2015.

Eidinger has been involved in a wide range of political actions, on District and national issues; a 2014 profile by the Washington Post stated he has been arrested 15 times. Key among his causes have been the marijuana and hemp politics, GMO labeling, anti-war, and social justice.

Eidinger was the publicist for Vote Hemp and the Hemp Industries Association before opening Capitol Hemp. He has been a frequent speaker at Seattle Hempfest. He was instrumental in uncovering the diaries of USDA botanist Lyster Dewey, who grew hemp on the land that is now the Pentagon. In 2009 he was arrested along with other activists for planting hemp seeds in the front lawn of the DEA headquarters in Virginia.

Eidinger was President of the non-profit organization DC Patients' Cooperative, which was founded in the Spring of 2010 and disbanded in 2012. He, his business partner from Capitol Hemp, and colleague Nikolas Schiller ormed the non-profit organization to educate District residents about the medical cannabis law and to apply for a license open a cultivation center and dispensary. Unlike other for-profit groups vying for a license from the DC government, his non-profit organization was more concerned with patient access and affordability. Over the course of the next two years, he helped organize town hall meetings and press conferences to educate the public and urge the District government to move forward with the long-delayed program. The DC Patients' Cooperative ultimately did not apply for a cultivation center or dispensary license because the DC government required applicants to sign a form admitting they were violating federal law. He said the organization decided it wanted nothing to do with a program “that treats us like criminals.”

Adam has also organized a 300-mile march from New York City to Washington, DC and a cross-country tour of art cars in support of labeling GMO foods. He has also organized acts of civil disobedience, including planting hemp on the lawn of the DEA campus and publicly harvesting hemp and pressing hemp seed oil in front of the White House, to protest federal policies preventing U.S. farmers from growing industrial hemp in the U.S.

In an interview with the Washington Post, Eidinger attributed his inspiration to legalize marijuana to his experiences in the 2011 raids on Capitol Hemp. In early 2013 Eidinger formed the DCMJ organization to press for decriminalization of marijuana in the District; after seeing no movement from the city council, he submitted initial paperwork for a decriminalization ballot initiative, which was rejected by the city on technical budgetary grounds. Eidinger then refined his initiative, but strengthened it to call for full legalization of marijuana.

The DC Cannabis Campaign's Initiative 71 was approved by the District in April 2014, and went on to gather over 55,000 signatures by the July deadline, assuring the initiative's place on the ballot. The initiative ultimately succeeded, winning with approximately 70% of the vote in the 2014 mayoral election. When Congress attempted to block action on the initiative as part of budget negotiations in 2015, Eidinger led protests in the capital, blocking traffic on Massachusetts Avenue.

Following Initiative 71's taking effect at 12:01 on 26 February 2015, Eidinger publicly smoked a joint and planted hemp seeds before a gathering of national and international press in his home, which also served as campaign headquarters.

Adam was born in Pittsburgh, Pennsylvania in 1973 and currently lives in Washington, DC. He enjoys spending time with his daughter Arundhati.