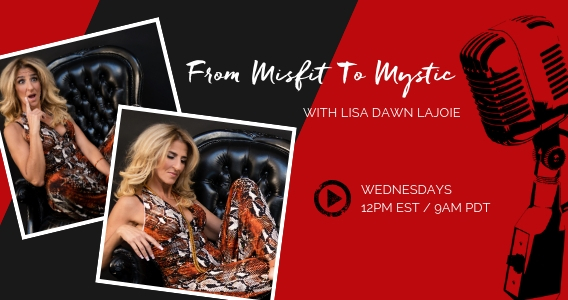 From Misfit to Mystic with Lisa Dawn LaJoie 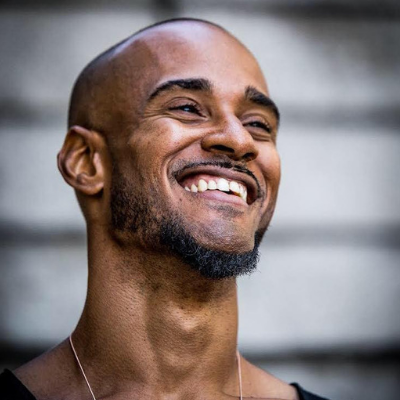 David Lion is a gifted young man in whose specialty is helping people find their way and reconnect to their soul essence.

He specializes in helping purpose-driven people who are willing to make changes in their lives by helping them become clear on their blockages and by tapping them more deeply into their deepest desires, truths, power and potential.

While he was always intuitive and spiritually connected in his own way, he didn’t always know it. For him, he thought, “this is how everybody is”.

He spent a good portion of his life dedicated to the arts of magic and hypnosis, passionate about inspiring others and demonstrating the impossible. At the time, his only desire was to make people feel good and inspire possibility.

Little did he expect, magic would take him on a journey that would awaken secrets and gifts inside of him that he never thought possible.

On 1/11/2012, David met his first mentor, a man named Alex.
Seeing David’s purpose and potential, he took him under his wing to help further awaken his intuitive gifts and abilities.

After nearly 4 years of intensive and often rigorous training, David began to evolve from student to master - rediscovering the abilities that he had as a child, but that he had long forgotten about.

He simply called this discovery “Magic”

At that moment, it became clear to him that his higher purpose was to reconnect others to their “magic” and to make magic normal again - like he believes it was in ancient times.

Through his mastery of the mind and expertise as a mentor, David has already awakened and re-aligned thousands of souls, both synchronistically and through the way in which he creates his living. However, what brings us here to these words is that he has recently been feeling himself very strongly called to step out of the underground world and take his teachings to the masses.

In this new chapter, David wishes not only to help the spiritually open get more in sync with their soul selves and abilities, but to help mentor the current and future spiritual teachers and leaders of the world with the hopes of ushering in a new age of spirituality.

One where magic is natural and happiness is more common. All through sharing the wisdom and messages he’s been receiving of the new wave to come.

What’s unique about David’s methods is that his teachings are extremely grounded and practical. No previous knowledge of spirituality is necessarily required as his approach is what he refers to as “no fluff”.

What we personally found so appealing about David’s ways are his emphasis on the necessity of fun. This offers a whole new twist in spirituality that will not only unlock more of the human/spiritual potential, but allows us to break away from the old modalities of the mind and the idea of spiritual practice being so “serious”.

It is with this in mind that we would like to introduce you to our son.

He is a special boy, as are the rest of you, and so we ask that you treat him well and as one of your own.

We look forward to the journey that you will all usher in together.

In light, love and happiness.

We wish you well, 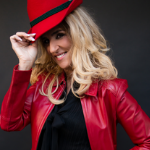 From Misfit to Mystic is an unfiltered, off the cuff radio and podcast show that puts evolutionary change makers and leaders from all over the world into the spotlight. Leaders who have taken themselves from feeling unworthy and out of place to becoming unapologetic for who they were born to be and confidently stepping into co-creating the life of their dreams. The show highlights the victorious impact they make in the world today with their powerful purpose and how they monetize their magnificence daily.

The purpose of From Misfit to Mystic is to encourage and inspire those who are feeling unworthy, lost or unsure of what changes they need to make. Inspiring and real stories from people who have been through the process and come out into the light of the other side is exactly what the world needs.

Lisa Dawn LaJoie is a high energy captivating speaker who is compassionate about bringing positive change and healing into the world. Her focus is powerful and life altering. She has been connected to the spirit world since she was born. More than anything, she has an amazing story to share. And through her story, she can help others grow, move forward and simply feel connected and not so alone in the world.

If you believe that your story is aligned with our show, please apply with us here (link form). We will be in touch with you once we have reviewed your application to let you know if we think you are a good fit.