This Episode Features Guests, Co-founders of the Transformational Academy, WarriorSage, Satyen and Suzanne Raja; and Musical Guest, Violinist Philip Vaiman of The Red Quartet, on The LIFE CHANGES Show, Ep657 Titled, “Cultivating a Lifetime of Passion, Love and Evolution” 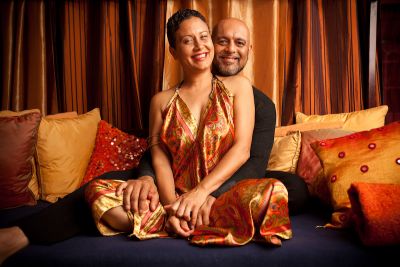 Satyen, whose name means “Truth” in Sanskrit, has claimed his birthright from the universal expanse for the pursuit of enlightened human potential from a very young age. Satyen is both a master teacher and master student with over 40 years of rigorous study and practice in developing higher consciousness. He speaks from the truth of his direct experiences that usher you into a sacred life of embodied love and wisdom for a profoundly enhanced life.

Satyen has guided some of the world’s greatest leaders and visionaries into their most transcendent Peak Existence. His all-encompassing and direct teachings emanate from his decades on the spiritual journey.

He supports his students through an awakened path of teachings and practices that invoke their highest living potential where life has a depth of meaning and is grounded in personal virtue. Unifying the various realms of success, from expanding businesses, multiplying revenues, and invigorating passionate intimacy, your life expands holistically. For Leaders who are ready to recreate in unimaginably powerful ways, Satyen guides them into experiencing the new paradigm of success that is Peak Existence.

He has transformed the lives of over 100,000 students internationally and leads private and group mentorship for top CEOs, high-impact individuals, and world leaders. His corporate work involves cultural advisory and training executive teams of elite organizations to shift from chaos, overwhelm and struggle into aligned, coherent, high-performing teams.

Suzanne has been called “one of the foremost leaders and  pioneers of the women’s transformational movement.” She is lovingly recognized as a unique mentor, a Wise Woman, and a bold spirit who guides clients into their highest vibrational frequency where their femininity becomes the essence of their expression and the unshakeable source of their peace and success.

She helps clients heal and release their masculine distortions so they can unify their energy for the creation of wholeness, radiance, and bliss.

The evidence of her work shines brightly in her clients’ newfound experience of life in a serene flow, as their relationship to family,  work, partner and self awakens to maximal passion, purpose, and possibility. 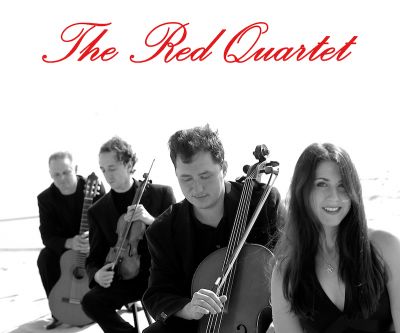 PHILIP VAIMAN of THE RED QUARTET

Latin-jazz-classical ensemble The Red Quartet’s first album is an evocative blend of European and South American traditions and sounds performed by four virtuosos who play here as one.

Each Red Quartet member is a virtuoso in chamber, symphonic, and jazz, with vastly different musical influences, education, and experience. Yet as seasoned professionals they blend their exceptional musicianship and experiences create a fluid, sensuous, passionate ensemble sound.

“Red to us is associated with life, vibrancy, and excitement,” said Vaiman, who founded and leads the Quartet.

Vaiman produced the sessions for “The Red Quartet” at Watersound Studios in Sherman Oaks, California, working with recording engineers Carlos Castro and Marco Gamboa. Gavin Salmon provided additional percussion on the bossa nova tracks. The production’s bright, warm intimacy puts the listener right in the studio with the musicians. Mastered by Alan Yoshida, the album is being released on the independent Talia Records label.

The group has performed in Southern California for several years at venues including the Clark Library and the Bruman Chamber Music Festival at UCLA, the Summer Sounds Classical and Jazz Series in West Hollywood, and the Colburn School’s Zipper Hall.