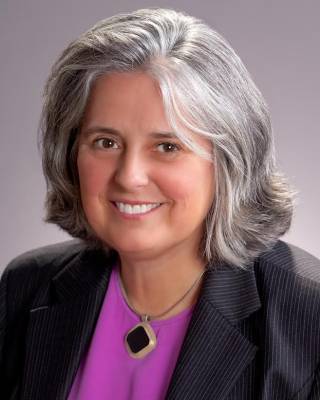 Sharón graduated from the University of Redlands with a Bachelor of Science degree in mathematics at the age of twenty. She began teaching that same year in a public Junior High School in California. During her three years there, she obtained her Master of Arts degree from Azusa-Pacific University in education administration with an emphasis in math.

Sharón initially taught in California before moving to Germany where she taught for the Department of Defense Schools. She continued to move around as she married an Air Force soldier. She was fortunate to always find a teaching job in each location. After Germany came Texas, and then Japan. Eventually she would also teach in New Mexico, Nebraska, Washington state and China, besides being a high school administrator in both Texas and Oregon. She retired as a high school principal in 2002, only to come out of retirement in January 2008 to become involved in schools for an additional two and a half years.

It was during her time in the schools that she linked the patterns in names to a person’s mindset or personality. She worked on figuring out the patterns of the different letters for fifteen years before she fully comprehended all of the nuances. Sharón took the opportunity to travel a large part of the world testing her theories for the first three years after leaving the education field. Many people requested that she write a book so that they could learn what she had realized about names.

It was during this time that she wrote "Know the Name; Know the Person", with the first edition being published in December 2006. The second edition, published in May 2010, added chapters on mnemonic devices to help people remember the patterns explained in the book and also how to compare two names. She is currently working on the third edition. She is also is working on her second book which combines story telling with logic to challenge people to think again about some commonly accepted beliefs that may no longer be serving us. Since the publication of her book, she focuses her time writing, traveling and sharing Neimology with others, and researching her theories.

This book posits the science of "Neimology, the study of names" and is ground-breaking, of potentially historic importance, and it affords broad-spectrum practical application. The empirical research and experience behind it has substantial credibility.

The notion behind the research and this book is that a person's oft-repeated name is initially inspired, releasing a resonance and predictable potential within the person's life expression. The author systematizes how people with names bearing the same initial vowel, initial letter, last letter and middle letters show consistent tendencies. Hence, the resonance of the name demonstrates correlated patterns of conduct due to the structure of the name. This observation is consistent with the ancient knowledge of most cultures' approach to naming children, where the given name "says it all." Offering this as a framework for decoding, she does not, for example, clam that every "John" will be the same, but that every "John" will share certain traits. Her system explains how and why these traits will be distinct from those shared by persons named Jemal, or James, or Jim. The resulting correlations are nuanced and valuable. Socially, this book can help make interaction with friends and strangers alike far more effortless and productive.

Unlike common "cookbook" approaches that merely share the meanings of names, the Wyeth system explores the personality traits associated to vowels and consonants, with interpretive weight given to their placement in the name. She enriches the reader with a systematic exploration and many illustrations. The reader is thus equipped with an interpretive framework applicable to any name. She tested the work in many countries who use the English Alphabet and found consistent results with only minor adaptations. This is significant. In addition she addresses nicknames, changed names, and other permutations involved in naming. In sum, rather than providing a fish to the hungry, she has provided a hook and bait so the hungry can catch fish and eat for a lifetime.

Cymatics, the study of the physical impacts of sound, demonstrates that sounds create visible geometries. Medical research has proven that cell structures, neurological systems, and the body generally does respond directly to sound. It shows that repetition of sounds can create or ameliorate disease. Making a connection between behavior associated to the oft-heard name and cellular responses proven in hard science is not an untenable leap.

Neimology offers a wealth of very useful applications for anyone who seeks to gain a sense of what lies beneath the surface in other people. The range of applications is broad-spectrum. Among readers who could benefit from Neimology are people in business, sales, counseling, politics, ministry, education, military leadership, and anyone seeking to refine simple interaction among other people in any capacity.