Lets Find Out with Elizabeth Joyce and guest Annabella Wood 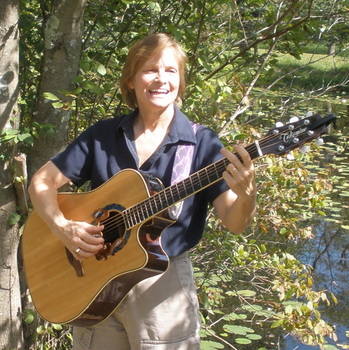 Annabella Wood has sung at hundreds of New Thought churches and meetings throughout the country from 1985-present. She has sung at Mile High in Denver, Agape Center in Los Angeles as well as St. Louis, Minneapolis/St.Paul and Dallas among others. She is currently music director at Circle of Miracles in New Britain, PA.

She writes music straight from her own Spiritual-But Not Religious heart strings. Her New Thought CD "Always With You" presents ideas in fun and fascinating ways while her sublime vocal work will leave you wanting more, even after 16 songs. Her "Always With You" CD has taken her straight to the top of the Reverb Nation charts for the Philadelphia area.

She served in the Air Force 1979-1980 at which time she was honorably discharged for her sexual orientation. Annabella received her Commercial Truck Driver's License in 1977 and drove semi's until 2004. During this time she studied "A Course in Miracles" and ""The Work"of Byron Katie.

In 2004 she enrolled in college at Bryn Mawr, in PA. She graduated from Union Institute & University in 2010 with a Bachelor's of Arts in Holistics, Spirituality and Metaphysics. in 2011 she became an ordained interfaith minister from Circle of Miracles where she is now the Director of Music.

Currently she owns her own handywoman company in Blue Bell, PA.