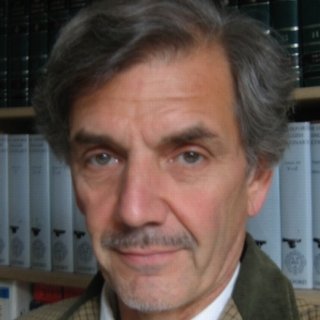 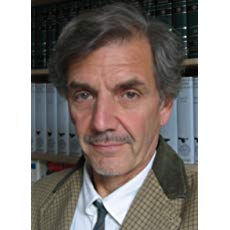 Guest Website
https://revisionistreview.blogspot.com/
Guest Category
History
Politics & Government
Guest Occupation
Author, Historical Researcher
Guest Biography
On August 13, 2018 Amazon banned Michael Hoffman's Judaism’s Strange Gods: Revised and Expanded, which was published in 2011 and sold by Amazon for the past seven years.  Along with his much larger study, Judaism Discovered (sold by Amazon since 2008), this book has had an international impact both as a softcover volume as well as a digital book circulating on the Amazon Kindle.
Sales to India, Japan and the Middle East were rapidly growing. The digital Kindle format is particularly important for the free circulation of books because it bypasses borders and customs and hurdles over the prohibitive cost of shipping which the US Postal Service imposed on mail to overseas destinations several years ago (eliminating economical surface mail).
Amazon has also banned Hoffman's The Great Holocaust Trial: The Landmark Battle for the Right to Doubt the West’s Most Sacred Relic (sold by Amazon since 2010).
These volumes maintain a high standard of scholarly excellence, had a majority of favorable reviews by Amazon customers, are free of hatred and bigotry and have sold thousands of copies on Amazon. Out of the blue the publisher was told that suddenly “Amazon KDP” discovered that the books are in violation of Amazon’s “content guidelines.” Asking for documentation of the charge results in no response. It is enough that the accusation has been tendered. The accused are guilty until proved innocent, although how proof of innocence is presented is anyone’s guess. There is no appeals process. This is what is known as “Tech Tyranny.”
There is a nationwide purge underway that amounts to a new McCarthyism — blacklisting and banning politically incorrect speech and history books under the rubric of “hate speech” accusations, initiated in part by two Zionist thought police organizations, the Southern Poverty Law Center (SPLC) and the Anti-Defamation League (ADL). It’s a flimsy pretext for censoring controversial scholarly books that cannot be refuted. Therefore Amazon’s readers must no longer be allowed to purchase them. This was not Amazon CEO Jeff Bezos’ philosophy when he founded Amazon and presented it as a beacon for authentic works of scholarship, however much they were reviled or condemned by infuriated political or religious factions and powerful pressure groups; that changed when Amazon gained its virtual monopoly as “earth’s biggest bookstore."
In addition to our books being hate-free, we note that Amazon sells hundreds of hate-filled Zionist and rabbinic books brimming with ferocious bigotry for Palestinians, Germans and goyim in general.
In 1997, Daniel Jonah Goldhagen wrote Hitler's Willing Executioners, one of the most racist books of the modern age. In it he purported to demonstrate that the Nazi "holocaust" stemmed from an ingrained German predisposition to murder Jews. His book promulgating a theory of a genetic homicidal trait infecting an entire nation of people is proudly sold by Amazon and, if the current zeitgeist persists, it will never be banned by Amazon. The target of Mr. Goldhagen's hatred are Germans. Consequently, his is the right kind of hate— the approved hate that does not offend the Southern Poverty Law Center.
Many dozens of books containing savage attacks on Christianity are sold by Amazon. These volumes are immune from removal and suppression.
Meanwhile, the censors demand for their own media (Bezos, the owner of Amazon, owns the Washington Post newspaper), freedom of expression for the writers they employ and the speech of which they approve. In this two-tiered ethical system we observe the familiar hallmark of revolutionary tyranny: the insiders demand and grant to themselves and their comrades the freedom they deny to outsiders, using the “hate” imputation as their excuse.
Our critique of Orthodox Judaism in our books constitutes a radical reassessment founded upon the depth of the documents and arguments we marshal in the course of advancing our thesis. Our powerful and original scholarship employed in our study of Orthodox Judaism is never “anti-Semitic” and never hateful. This would be easy to prove if there were an Amazon “tribunal” fair enough to consider a little something known as evidence.
In both Judaism Discovered (on p. 39) and Judaism’s Strange Gods: Revised and Expanded (on p. 25) there are statements addressed “to the Judaic reader,” explaining our love and concern for their welfare and liberation. No book of “anti-Semitic hate” would ever print any such charitable and compassionate statements!
To create a special category of informed theological criticism that is banned from the Amazon Kindle is a grave disservice to the advancement of learning. To make an exception for Orthodox Judaism forbidding the sale of the best scholarship critical of it, does no favors to Judaic people. Many Judaic persons don’t approve of this type of suppression and censorship of books and desire access to our information.
Our information is persuasive. It has the potential to liberate Judaic people from the bondage of the Talmudic micromanagement of their lives, and all people from the hatred and racism toward the goyim which problematic sacred rabbinic texts have fomented. If we are wrong, show us where we are wrong, don’t signal through censorship that our facts are too explosive to be handled by inquiring minds; that type of suppression will only blowback on the censors.
It’s time that someone, including multi-billionaire Bezos, had the fortitude to stand-up to the virulent book banning lobby that continues to engage in one of the lowest forms of ignorance and superstition known to history: silencing a writer who can’t be refuted by free and fair debate.
Amazon’s monopoly over the sale of books is so extensive that to be banned by Amazon is, in many cases, tantamount to a death sentence for a book. The public ought to know of the shameful tactics of the hypocrites who are so fearful of the radical scholarship for which they have no credible answer, that they ban the books that contain irrefutable challenges to their sacred dogmas.
Copyright ©2018 Revisionist History® 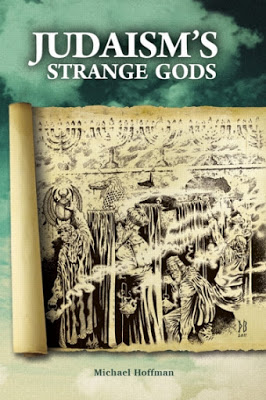