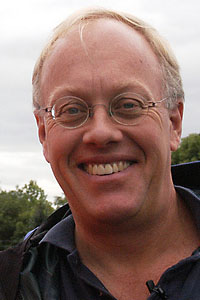 Hedges was part of the team of reporters at The New York Times awarded a Pulitzer Prize in 2002 for the paper's coverage of global terrorism. He also received the Amnesty International Global Award for Human Rights Journalism in 2002. The Los Angeles Press Club honored Hedges' original columns in Truthdig by naming the author the Online Journalist of the Year in 2009, and granted him the Best Online Column award in 2010 for his Truthdig essay "One Day We'll All Be Terrorists."

Hedges is a senior fellow at The Nation Institute in New York City and has taught at Columbia University, New York University and Princeton University. He currently teaches inmates at a correctional facility in New Jersey.

Hedges began his career reporting the war in El Salvador. Following six years in Latin America, he took time off to study Arabic and then went to Jerusalem and later Cairo. He spent seven years in the Middle East, most of them as the bureau chief there for The New York Times. He left the Middle East in 1995 for Sarajevo to cover the war in Bosnia and later reported the war in Kosovo. Afterward, he joined the Times' investigative team and was based in Paris to cover al-Qaida. He left the Times after being issued a formal reprimand for denouncing the Bush administration's invasion of Iraq.

He has written nine books, including "Empire of Illusion: The End of Literacy and the Triumph of Spectacle" (2009), "I Don't Believe in Atheists" (2008) and the best-selling "American Fascists: The Christian Right and the War on America" (2008). His book "War Is a Force That Gives Us Meaning" (2003) was a finalist for the National Book Critics Circle Award for Nonfiction. His latest book is "Death of the Liberal Class" (2010)

Hedges holds a B.A. in English literature from Colgate University and a Master of Divinity degree from Harvard University. He was awarded an honorary doctorate from Starr King School for the Ministry in Berkeley, Calif. Hedges speaks Arabic, French and Spanish and knows ancient Greek and Latin. In addition to writing a weekly original column for Truthdig, he has written for Harper's Magazine, The New Statesman, The New York Review of Books, Adbusters, Granta, Foreign Affairs and other publications.

by Chris Hedges, David Talbot (With)

Hedges here speaks up about the most pressing issues that currently face our nation. He tackles the rise of a fascist right in support of Donald Trump, which advocates xenophobia and violence in a push for American totalitarianism. He rails against the posturing of inclusivity from establishment elites on both sides of the aisle, who post-Occupy-Wall-Street continue to advocate for policies that make America uninhabitable for all but the ultra-rich and, as lackeys for corporate interests, continue to expand income inequality in all directions. He tears into the contemporary glamorization of the military and the unchecked, unchallenged hawkishness that defines contemporary American foreign policy. Moreover, he shows his support for contemporary revolts against this twisted order—such as Black Lives Matter—that represent Americans refusing to take the destruction of their country lying down. And that’s just the start.

He possesses a clear understanding of the challenges that lie before us, and has proven to be ahead of the curve time and again. All of which is to say, Chris Hedges is unafraid to say what is necessary and true—and has always been. If we are to combat the intellectual and moral decay that have come to grip American life, we must listen to him and the urgent message he brings in this book. 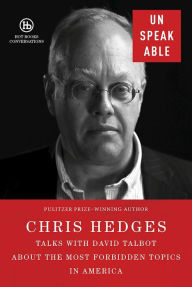