Since my three book series "The Team:A Mother's Wisdom from the Other Side" was released in 2011 and 2012 (after my mother's death in October, 2010), there has been a great deal of interest in the beautiful and unusual insights they present. The books were featured on James Van Praagh's website in June, 2012. I've also had five radio interviews online and spoken about them at Unity churches. Hay House UK and Australia have shown interest, but at this time they are self-published. My mother and I shared an incredible bond spiritually and emotionally and I'd always hoped there would be some feeling of connection with her after her death. But never did I expect that she would begin to communicate with me 19 days after she died through visions, dreams, downloads of information, and a type of automatic writing. The input was so intense, book one was released within three months and the other two followed shortly after. I've received letters from people from all walks of life about the benefits these books have brought into their lives. Broadway actors, Catholic nuns, and construction workers have sent me their letters of support and appreciation. Because I know the effect the books have on the lives of others, I am eager to present these books to your listening audience. Please let me know when we might talk about this possibility. Thank you! Frances Key TheTeamBooks.com 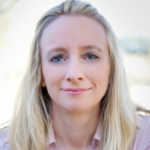 I graduated from Southwest College of Naturopathic Medicine in 2004. I did a year preceptorship in family medicine. I currently have my own practice, but over the past nine years I have worked in family practice, cancer, and anti-aging. I am a published researcher in alternative medicine. I am part of the Arbinger Professional Network.

My passion is treating gut issues since I deal with them too I can relate with my patients. I look at the whole person not just the symptoms. I have taught in seminars to other physicians. My proudest accomplishment is being a mom. I am a member of the NAPW.