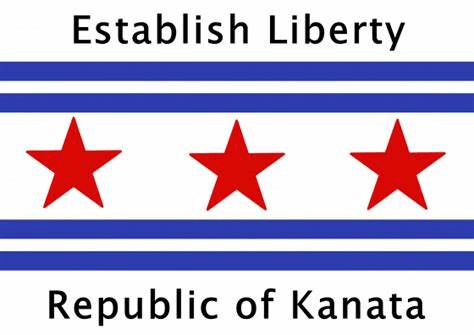 Title: Kevin Annett is under attack: Background and Steps forward

Listen to an urgent announcement regarding the assault and impending arrest of Kevin Annett. His legal statement is attached to this email.

In the matter of Kevin Annett (aka Ciaran Buchanan) v. The Government of Canada et al
Fraud nullifies all agreements or obligations, real or implied, and affects all parties to a dispute.  - Black's Law Dictionary
For the record from Kevin Annett's evidence:

1.   March 30: After unsuccessfully seeking entry into the United States on a family medical emergency, I am cleared by Canadian border authorities of any requirement to quarantine since I never entered the United States.

2.   April 2: I am notified by an apparent Government email that I must quarantine. The email is issued past the normal 48 hour notification period and does not explain the discrepancy with the March 30 clearance from any quarantine requirement.

3.   April 6: An anonymous, self-described “security representative” comes to my home in Nanaimo to “inspect” my quarantining, but refuses to give his name or the name of his employer or to produce any identification.

4.   April 8: Fraud is committed in writing by the Government of Canada in an email issued to me. The email falsely states that I am at Day Ten of my quarantine when I am only at Day Six, and that I must undergo a Corona testing that day or face imprisonment. That same day, my cell phone, laptop and emails are disabled and become inoperative and I cannot access my bank account.

5.   April 10: I file suit in domestic and international courts charging Canada, its COVID agencies and the Crown with fraud, assault, criminal harassment, political persecution, illegal rendition and Crimes against Humanity. A Notice of Legal Liability is also issued against any possible third parties to this dispute, including police and RCMP officers that restrains them from intervening on behalf of one party in this legal action lest they be charged with obstructing justice and be summoned into court as a culpable and liable third party in this case.

A Personal Statement from Kevin Annett (aka Ciaran Buchanan)

Hello this is Kevin Annett – Eagle Strong Voice and it’s April 11, 2021. I am issuing today this emergency message, including on the airwaves of my regular program Here We Stand, the Voice of the Republic of Kanata and the Resistance.

I am presently facing immediate, illegal arrest and imprisonment by the government of Canada and the crown after a fraudulent COVID order to quarantine was issued against me this past week. My laptop, cell phone, emails and bank account have all been rendered inoperative, and I am being actively hunted by agents of a private security firm employed by COVID Canada.

In response to this assault I have filed a criminal lawsuit against the Crown and Canada in domestic and international courts that charges them and their chief officers with fraud, assault, criminal harassment, political persecution, illegal rendition and Crimes against Humanity. I hereby publicly charge them with these crimes and will prove my case in court and before the world. I am assisted in this effort by the fact that today I was named by international human rights agencies as a Prisoner of Conscience and a political prisoner in Canada.

Let me state for the record that this Canadian state terror against me is in response to my involvement in a Grand Jury investigation into treason and criminality by Canadian politicians, including the Minister responsible for COVID measures, Bill Blair. This assault is nothing less than an attempt by guilty politicians to disrupt a lawful investigation into the hard evidence of their crimes that was to commence this past week.

Accordingly, since this matter is now before domestic and international courts, I have legally registered a Public Notice of Liability and issued it to the RCMP, local police and other agencies that requires that they not assist these criminal actions by the Canadian government. If they do, they will be charged with obstructing justice by siding with one party in a lawsuit, and will be named as a third party to this lawsuit as liable co-conspirators.

Let it be clear that I have been publicly defrauded and lied to in writing by the Canadian government when its agents untruthfully claimed that I had re-entered Canada and that Day 6 of my alleged quarantine period was actually Day 10. It is a fact under the law that fraud nullifies all agreements or obligations, real or implied, and it affects all parties to a dispute. Because I have been defrauded, any obligation I owe to the government of Canada and its COVID agency is now null and void, and any detainment or fining of me will constitute an illegal assault punishable under the law.

I am also free from any obligation to quarantine or take a Corona test because of my unalienable right to free and informed consent to any medical procedure guaranteed by law in the Nuremberg Convention of 1947.

I am further free of any such obligation because Canada and the Crown are convicted genocidal powers without standing or authority, and because I am a sworn citizen of a separate jurisdiction, the sovereign Republic of Kanata.

For this reason, if I am arrested and incarcerated by Canada I will be in a state of illegal rendition as a foreign citizen, and Canada and its agents will be guilty of a Crime against Humanity under international law, and will be so charged.

I am hopeful that now that my persecution is publicly known the government of Canada will face censure and investigation by the world community, and that criminal co-conspirators like Elizabeth Windsor, Justin Trudeau, Richard Wagner and Bill Blair will face the justice denied to their victims.

Nevertheless, this may be my last broadcast to all of you. The noose of censorship, lies and repression is tightening around me. So I rely on each one of you listening to stand with me now and prevent these dark genocidal forces from silencing me as one of their most relentless and effective adversaries. If they are able to silence and jail me it will be that much easier for any of you to disappear, and for the covid corporate police state to successfully impose its global tyranny.

Stay tuned to this program at www.bbsradio.com/herewestand for more information, and at our website www.republicofkanata.ca under Breaking News. But since any of our communications can be disrupted, rely first and last on your own initiative to protest, disrupt and disestablish these criminal powers that are threatening my freedom and life.

I have been there for all of you for many years. Be here for me now. For the only thing standing between us and the Devil are people of good will. So turn that will into action while you still can.