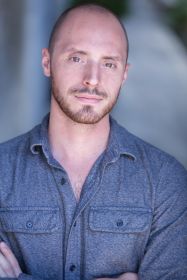 Served is an ensemble dramedy TV series that chronicles the vibrant staff of a stylish LA eatery in their effort to function as a makeshift family. In part, the series is framed through the journey of a young Latino man, whose hopes of being a server are suddenly dashed when he’s relegated to the back of the house. This world is one that almost anyone can relate to, with over 15 million people actively working in the restaurant industry today and millions more having worked within it at some point in time. What's more, many of those people are from diverse and underrepresented populations. This is their untold story.

I created Served to tell the true story of the restaurant world because while we've seen comical takes on screen before, nothing has ever come close to authentic. I started working in restaurants at the age of 13 as a dishwasher at a grubby local diner. I've been a buser, a fry cook, a host, a food runner, a waiter... I know this world and the stories it has to tell are endless. They're also often stories of massively underrepresented groups. I'm not looking to shy away from the uncomfortable with Served; I want to lean into it and find the truth. I want to showcase stereotypes on screen so that we can peel back the layers of racism and sexism and ageism to reveal what's really underneath. I want to tell the stories of millions of service industry workers, so that they can see their worlds on screen for once in an authentic way.

Our pilot, starring P-Valley's Nicco Annan, was an award winner at the Independent TV Festival (now Catalyst Content Festival) and will be streaming everywhere on November 15th, 2022.

Alex Hanno is the writer behind the upcoming apocalyptic thriller A Social Contract starring Sean Astin, the romantic dramedy Elephants which is “Fresh” on Rotten Tomatoes, and the Independent Television Festival award winning TV show Served. His latest projects, the New England familial drama Seabrook and that Welsh dramedy A Sanctuary For Water Voles have placed in the likes of ISA’s Screenwriting Fellowship, Final Draft’s Big Break Screenwriting Contest, Scriptapalooza, and the Austin Film Festival Screenplay Competition. He’s also created numerous short films, including the Sunscreen Film Festival selection Lunacy, the Cardiff Film Festival selection The Chameleon, and the DTLA Film Festival selection Bonus Time, as well as a piece for NBC’s Diversity Showcase. In addition to co-owning his production company, The Chameleon Effect, with creative partner Luca Malacrino, Alex has also worked in development for the likes of Broad Green Pictures and VMI Worldwide, alongside co-managing Deadline Junkies, a professional screenwriting organization based in Los Angeles, California.