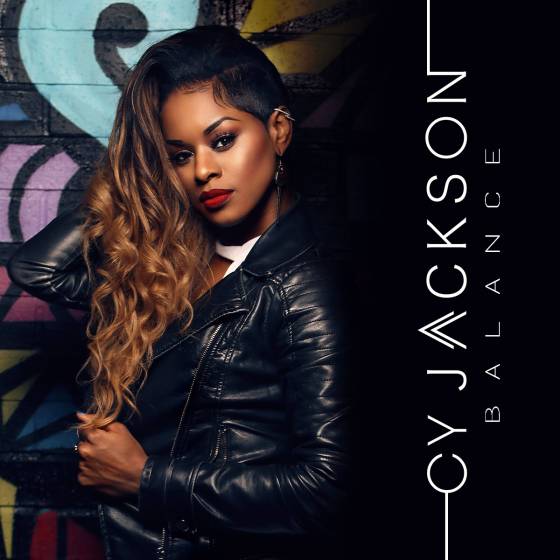 The journey to self-discovery is often littered with tears of frustration, heartache, pain and self-doubt.  When you are a songwriter, naturally your life experiences are made transparent to the world through the songs you create.  Imagine a collection of songs littered with tears of frustration, heartache, pain and self-doubt but NOW, imagine them through a “filter” of a Faith Monger and an upright woman of GOD. Visualize for your listening pleasure a musical journey of a woman with a solid foundation of faith that turned frustration into realization, heartache and pain into happiness and self-doubt into BALANCE.  That woman is Cy Jackson and that journey to her self-discovery is told through songs on “BALANCE”, the EP.

CY (pronounced “Sigh”) a native of Dallas, Texas is a creative force. As a singer, songwriter, vocal producer, dancer, model, make-up artist and actress, she is poised to set the Pop music world a buzz.  Her goal is to inspire others through transparency by, “being real and telling my true story”, Exclaims Cy. A gifted songwriter, Cy Jackson has had song placements in the movie, ‘Paul Bart Mall Cop’ and the short-lived Reality TV show ‘Fly Girls.’ She grew up in Dallas, Texas and while in school she was always mesmerized by music and dance.  She sang in choir, joined dance teams which eventually lead to her joining a band called Unity fueling even more her love for music.  Soon after she would join forces with a local producer and quickly developed her gift of song writing while developing other local independent artists.  “I was their choreographer, their songwriter, their image consultant”, says Cy.  She did it all but she was so new to the music industry that she did not realize at the time the value of her creative abilities. She tells the story, “I would be locked in a room and given a bunch of music tracks and just write song after song. I wrote whole albums for other artists, choreographed their music videos and styled them.  I wanted to be an artist myself but I was told I should just write songs because I wasn’t good enough.”  “In hindsight, what was meant for her destruction as a performing artist turned out to be the training grounds that made her career as an artist possible”, says her Manager Tracy Matthews.  Soon after, Cy relocated to Houston, Texas where she spent the next seven years being developed as a singer and songwriter.

Her first EP, “BALANCE”, will be released August 1, 2017. It is a compendium of personal messages that surfaced creatively through songs as the dazzling residue of an arduous journey of self-discovery and self-acceptance.   It has taken eight years but it has been a fruitful voyage to the music Cy Jackson fashions as her forever brand of ‘purpose’ music that she will push out to the masses.  The pop influenced Christian song “Your Higher Name” was written while Cy was in a very low place which prompted her to consider giving up her musical career.  “It talks about GOD being higher than the pressure that we may put on ourselves and the heavy weight that we may carry in life. You don’t have to carry the weight but we can give God the weight and walk our own journey’, explains Cy.  “Through It All” is her love letter to GOD.  “I wrote this song to speak to people and tell them no matter what you’ve done in your past it doesn’t block GOD’s love”, proclaims Cy.  One song that her fans will definitely by singing along with while riding in their cars is “I.O.U.”. It correctly captures the youthful swagger reminiscent of the popular songs presently riding radio air-waves and as Cy declares, “It is my big thank you to GOD for taking the time to bless me.” The version of “Break Through” that appears on the “BALANCE” EP is a slowed down pop/dance smash-up remix. It is the artist’s declaration to her music listeners that your break through starts with you.  “Dream” was written for the sole purpose of getting listeners to challenge their hearts and their eyes to re-channel and see themselves the way GOD sees us. The last track on the EP is entitled “HeartBeat” was originally released in 2012. “HeartBeat”, inspired the creation of the national charitable movement “MissAMeal”, a nonprofit fundraising campaign whose national spokesperson is Tina Knowles mother of superstar recording artist Beyoncé.  The “MissAMeal” campaign was very successful raising in excess of $300K to help feed and shelter the homeless. It was such a moving charitable campaign that it became one of the official charitable campaigns of the “Mrs. Carter” world tour.