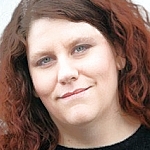 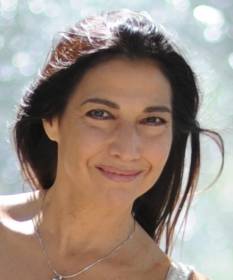 Truth to Triumph: A Spiritual Guide to Finding Your Truth

When Life’s Hard Knocks Make You Feel Beaten, Take Heart From Lily Sanders, Whose Conquest Over Abuse and Hardship Led to

Today, Lily Sanders can point to extraordinary successes of being named one of the top 15 coaching experts in New York City, years as a soap opera regular and TV/movie dancer and actress, multiple-franchise owner, devoted mother and even a year as a featured Barnum & Bailey Circus show dancer!

But it was the lowlights, not the highlights, that have defined and refined her.

Looking at it objectively, Lily’s life sounds like a sad country song. Its refrain began early when she was very young, living with a depressed frightened mother, three siblings and an abusive father, who made life a living hell for the children and wife who helplessly watched. Lily endured until relief came when he departed, but that left her to be the adult to her childlike mother. It was through dance that she first found her footing. Passionately engaged, she could forget about everything else and just dance!

And that was her ticket away from home for the first time, going on the road with the circus, learning tough lessons and standing on her own. Eventually, she pursued the life of a professional dancer, auditioning and getting TV, movie and theatre opportunities that blossomed ultimately into success as an actress. And then further success in business.

But it was her private life that proved to be her real crucible. Repeatedly aligning herself with damaged men, she found herself once again emotionally and physically abused. And then in a life-long custody wrangle with her ex-husband over her beloved son. But she knew she had to break the pattern. So she started with herself.

Truth to Triumph: A Spiritual Guide to Finding Your Truth is the story of how she found her truth, how she forged a new relationship with her higher self and the Divine to be a beacon of love for those to follow. Her book is far more than a chronicle of her life and her transformation…it is filled with guidance, wisdom and advice for any woman who is struggling to find her way, to find peace, love, contentment and prosperity.

It is steeped in insights, hard truths, gentle encouragement, inspiration, spiritual doorways, darkness-defeating honesty and authenticity. Lily wants to lift up her sisters so they may never have to just endure – they can thrive!

Today, having a highly successful coaching practice in New York, and being a sought after TV and radio guest and workshop leader, Lily Sanders is transforming the lives and hearts of woman across the nation.

Lily can illuminate for your listeners:

If you would like to interview Lily Sanders on the powerful messages she has encoded into Truth to Triumph: A Spiritual Guide to Finding Your Truth, please send an email with the name of the show, your contact information, a proposed date and time, and the calling details.

Lily Sanders’ life experiences, adversity, talent, sense of humor, and intense compassion has gifted her a purpose to write, influence, and coach others. As a magazine columnist, Lily inspired thousands, while writing her own powerful book, Truth to Triumph. Her newly international released book, Truth to Triumph: A Spiritual Guide to Finding Your Truth has already begun transforming lives.

Lily grew up in a domestically violent home, and used ballet class as her sanctuary. Performing and producing was her dream since she was a young child. She later went on as a professional dancer and landed interesting gigs as a dance contestant on Ed McMahon’s Star Search, and a Showgirl/Dancer on Ringling Bros Barnum & Bailey Circus.  She continued onto a promising acting career and won various Off Broadway roles and a day player role on ABC’s One Life to Live.

Years later she married, birthed a beautiful child and became a highly successful entrepreneur in the franchise world. Sadly, Lily suffered behind a veil of silence for fourteen years, as she found herself back in a domestically violent home as a battered wife. The good news is that the lessons she learned and the awakening she had transformed her into the inspirational, insightful, and thought provoking author, speaker, and coach that she is today.

Lily specializes in transition and spiritual guidance through her books, speaking engagements and coaching. She helps others see through all the minutiae in life situations to gain clarity and focus on their soul purpose. No matter what someone’s story is, Lily is not about holding onto stories. Rather she teaches others how to stop seeing themselves as a victim and instead, learn how to use these experiences to become an empowered expression of love and truth. Teaching others how to hold onto that love and truth while navigating through life situations is what she mirrors and masters. Her message is love. 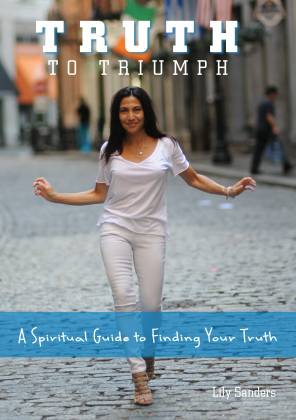