Former Vice President of the Concordia Student Union, Yves Engler is a Montréal-based activist and author. He has  published eight books: Canada in Africa — 300 Years of Aid and Exploitation, The Ugly Canadian — Stephen Harper’s Foreign Policy, Lester Pearson’s Peacekeeping — The Truth May Hurt, Stop Signs — Cars and Capitalism on the Road to Economic, Social and Ecological Decay (with Bianca Mugyenyi), The Black Book of Canadian Foreign Policy (Shortlisted for the Mavis Gallant Prize for Non Fiction in the Quebec Writers’ Federation Literary Awards), Playing Left Wing: From Rink Rat to Student Radical and (with Anthony Fenton) Canada in Haiti: Waging War on The Poor Majority and Canada and Israel: Building Apartheid. Yves was born in Vancouver, where he grew up playing hockey. He was a peewee teammate of NHL star Mike Ribeiro at Huron Hochelaga in Montréal before playing in the B.C. Junior League. After being suspended from Concordia University, he turned to research and writing, but he’s still a fan of the great Canadian sport. 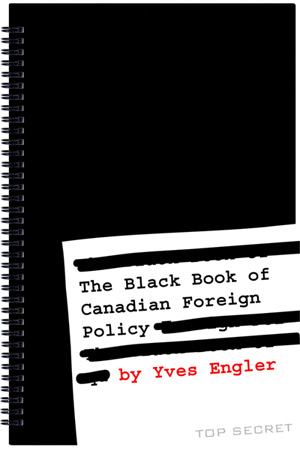