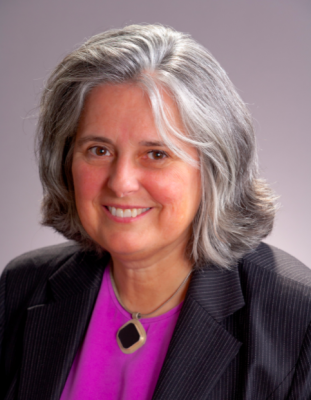 International name expert Sharón Lynn Wyeth is the Founder and Creator of Neimology® Science, the study of the placement of the letters in a name, after 15 years of research followed by 3 years of testing in over 70 countries. She has evaluated thousands of names since 1995. Her bestselling book, Know the Name; Know the Person is the first in the sequence, followed by Know the Name; Know the Spirit and Know the Name; Know How to Connect. You may have seen her on Good Day LA, New York City’s Fox News, Good Morning Arizona, and in various other cities on NBC, CBS, & ABC or have heard her interviewed on any one of hundreds of radio shows. Today she is hired by Human Resource Departments in choosing appropriate candidates to interview, lawyers in how to present cases to judges, and individuals who wish to know themselves better and maximize their ability to connect with others. She also assists nationally and internationally in naming new businesses, new products, and when people wish to change their names.

How Much Do You Think You Can Learn About Someone From Their Name? Way More Than You Think...A Person’s Destiny is Written in Their Name! Sharón Lynn Wyeth, Founder of Neimology® Science, Will Fascinate Your Audience How much do you think you can learn about someone from their name? Not their handwriting, but just their name? If you’re Sharón Lynn Wyeth, founder of Neimology® Science, you can tell their past experience, their future health concerns, their unique personality traits, their strengths, challenges and even their purpose in life. She can tell instantly how a person really thinks, feels and behaves—regardless of what they tell you! That’s because Neimology® is the science that discovers personality secrets hidden in the placement of the letters within names. Each letter in a name holds a key to unlock one’s true essence. A person’s name contains information about that individual’s gifts and challenges. Neimology® Science can even reveal the first and last impression people remember about us. That’s why companies around the world hire Wyeth to evaluate job candidates! And she does it without ever meeting them! She also helps lawyers choose their juries and how to present their cases, as well as individuals know their purpose and life plan. Neimology® Science also can compare two names and state what can improve the relationship. Many people call Sharón prior to naming their children, or even dating someone! Wyeth created Neimology® Science after 15 years of research done while an educator and principal of a high school, followed by three years of testing her theories in more than 70 countries, including Russia, India and China. Over the next 37 years, she continued refining the skill, which is why it is so accurate today. Wyeth is now beginning to teach this Neimology® Science to students eager to unlock the secrets within names. In an interview, Wyeth can address: • Using Neimology® Science for Dating-- Is He A Keeper or a Creeper? • Are You Being Judged by Your Name? • Does Your Name Determine Your Destiny? • Does the Name Determine How to Sell? • How do you Hire the Ideal Employee Utilizing Names? If you would like to have Sharón Lynn Wyeth on your show to fascinate your audience with a few name readings—or have her do a brief short-hand reading of your name for the interview, please contact me at....