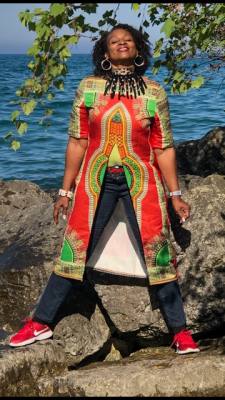 WARRIOR QUEEN! Empress Em' Sharon Yisrael is the Author of Trees of Righteousness; a book based on biblical facts about who African American people are, and what destiny holds for them. Her MISSION is to educate the world about the stolen identity of the slave descendant from the African Diaspora in the form of one-of-a-kind works of art and information.

She was a Christian her whole life until she came into biblical prophetic knowledge on this people’s identity. She then became an expert on the subject taken from a biblical point of view.

Empress Em Sharon has been given a spiritual assignment by YHWH, our Heavenly Father to tell the world about the true identity of the Africans of the Diaspora. She was raised in the church and grew up in the knowledge of the Bible in her adult years.

She experienced many surgeries in her body between 2014 and 2017. During her healing time,  she was given her book to write about the true identity of Africans of the Diaspora. Next, she received a strong unction to put that information into songs. She then became a songwriter and started to write music. She is also the host of an internet radio show Eyes Can SEE where she enlightens her audience on a weekly basis.

Sharon Green is a Motivational Speaker who host workshops and an author who teaches from the book, Trees of Righteousness. She is also an artist who performs music from her Cd War Cry. Sharon designs beautiful hand-crafted jewelry and accessories. 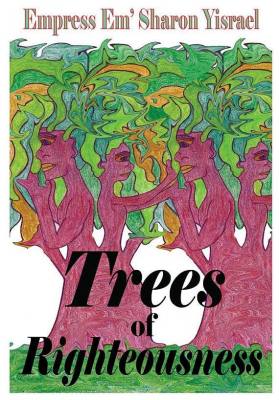