SpirituallyRawUNCENSORED
Ep. #338
: Qanon and Project Looking Glass "Waking Up Mankind"
WOKE SOCIETIES
Bringing Truth and Disclosure to the Masses
Aliens & UFO’s
POLITICS & PATRIOTISM
"Helping people see the world for what it really is and to break through the illusion that has been pulled over our eyes".

Scott had an amazing childhood raised in Christianity and always followed the rules. He was taught Jesus is the way, the truth and the light and that as long as you repented from your sins and ask forgiveness, you were forgiven and when you die you go to heaven to be the with Lord. Scott accepted this as truth and never questioned it. And, if someone even brought up the idea of anything arguing these beliefs it was of the Devil.

Then one night he was watching a show talking about the Bible and how so many rulers of ancient history that had access to the Bible would take out certain books and manipulate it to further their own rule over the masses at their own discretion. One book was the book Enoch. This was a game-changer.

After much research, sure enough, the Bible was changed and had books added and removed by people of power. I felt that I had been mind-controlled. There has to be more to his world than we are being shown. There just as to be!

The veil was starting to lift.

Scott dedicated his life to Christianity and tries to achieve Christ consciousness every day.

This changed his life, and his first steps down into this rabbit hole. Humans are capable of anything and we are our own change. We are the masters of our own universe. Not only that, but our brains and the power of meditation and consciousness are the most powerful aspect of humans. And, that humans are not the only life in this world. The Cosmos is teeming with life, far advanced than we are. Scott finally felt he was on the right path and a huge weight lifted.

Meditation
Next, came meditation and other practices to look into oneself to fix emotional blocks. Scott asked the Cosmos to open more doors and to guide his path to the truth, and what is really going on in our country. This lead to knowledge about the Secret Space Programs and their documentary, Above Majestic. This connected everything Scott had been looking for, and he accepted that as his truth.
Scott had taken the red pill.

Discovering the Community
From there, Scott discovered an entire community of people. The UFO/conspiracy theorists community which in fact this community is not a conspiracy at all. The Globalist movement and the Cabal. Scott hated Trump and what he stood for, he was being fed lies by mainstream media.

It changed his views on Trump and that Qanon is for real and they are giving us the tools to wake up ourselves, but also to help the masses wake up around the world.

The Qanon Movement leads him to Jordan Sather, Praying Medic, JoeM, and Quite Frankly podcast, and he's never looked back. The universe brought Scott exactly what he was looking for.

Scott joined this movement of digital soldiers and to be part of this change. The tight grips of the Cabal and the Globalist are lessening more and more as the days go on. We are a species with amnesia but not anymore. The veil that has been pulled over our eyes by the nefarious mainstream media is falling apart and independent media channels are taking over and influencing the masses more and more!!

"Join the fight against the evil Globalists movement and to help others on their journey to be part of this Great Awakening". 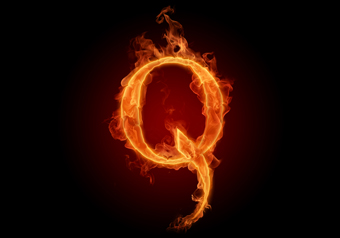