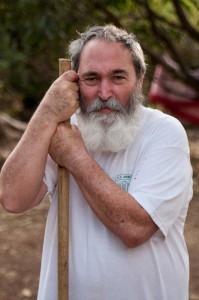 Warrior, poet, author, artist, consultant to film and TV documentaries, interfaith minister/chaplain, motivational speaker, workshop facilitator, meditation teacher and non-paid Veteran advocate and lobbyist. He’s counseled several thousand veterans over the past three decades and been recognized by the US Congress and the State of California for his tireless assistance to veterans and their families dealing with Post Traumatic Stress Disorder.

The story telling and poetry writing of ancient spiritual warriors has a long tradition in bygone eras. The Vietnam War was no different, providing a long creative experience for this author. The poetry and stories in his many books are a direct result of Bill McDonald’s own experiences during that part of his life. Bill McDonald served in Vietnam in 1966-67. He was a crew chief/door-gunner on Huey helicopters (UH-1D) with the 128th Assault Helicopter Company. Bill was awarded numerous medals, including The Distinguished Flying Cross, The Bronze Star, and multiple Air Medals. Because he was wounded during several helicopter shoot-downs, he was awarded the Purple Heart.

He has an AA degree from San Jose City College, and a BA degree from the University of San Francisco. He went back to Vietnam in 2002, with a small group known as “The Peace Patrol” to a warm welcome from his former enemies. He wrote about that experience in 2003 in his first book A Spiritual Warrior’s Journey.

His other book 'WARRIOR: A Spiritual Odyssey' is told by a true warrior. In the book " . . .Rev. Bill  recounts his spiritual journey in selected stories through a life which began with a seemingly unending dysfunctional childhood, included an astonishing tour of duty in Vietnam, and then opened into one of the widest benevolent lives ever. His entire existence has been lived out under a spiritual umbrella that keeps him safe no matter how powerful the storm. Not afraid to go out into the rain, Rev. Bill’s humility, integrity, loyalty, faith and courage is expressed through his every move. His investment in recounting events provides all readers to experience places they’ve only dreamed about. The situations allow reflective readers to parallel the events to their own lives. And in the end, each reader will stand with him at Machu Picchu, Peru and begin his or her own odyssey. In effect this book is a road map to Rev. Bill’s personal, spiritual and emotional destination. Metaphorically the ‘map’ is on the seat of his pickup. When you begin the book he’s essentially handing you the keys and offering you the opportunity to experience his route, after which you’ll be able to tweak your own map." Available on Amazon.

Many of his poems and stories are published in national publications including Parade Magazine (10/06/02), and Self-Realization Fellowship magazine’s summer 1998 edition. Bill is featured in the book God in the Foxhole by Charles W. Sasser (2012), Divine Moments: Ordinary People Having Spiritually Transformative Experiences, by Nancy  Clark (2012), Stories of Faith and Courage from the Vietnam War (Battlefields & Blessings) by Larkin Spivey (2011), Silent Battlefields, by The Military Writers Society of America (2012 member anthology), and others.

He was also part of a documentary film crew that recorded interviews across the country in the fall of 2002, dealing with the effects of the Vietnam War and the Huey helicopter experience called, In The Shadow of The Blade. The film premiered at the LBJ Presidential Library on November 8, 2003 in Austin, Texas. He has since produced, or been a part of four other documentary films that have been shown on PBS TV, The Pentagon Television Network and The Military Channel. He is currently working on a DVD about his healing and spiritual trip back to Vietnam in 2002.

His autobiography entitled A Spiritual Warrior’s Journey, discusses his life experiences, not only in Vietnam, but both before and afterwards . It is his spiritual experiences and the supernatural events that surrounds his life that makes his writing totally unique amongst writers. He is currently working on a follow-up to A Spiritual Warrior’s Journey which deals with a near-death experience that occurred in 2004 in the mountains of India when he fell off a 30 foot sloping cliff. He landed on a large rock looking up at the blue sky. He had no heartbeat or respiration. He drifted away from his own physical body and was looking down at himself on the rock. Then a large cobra snake crawled across his feet, but that is an another story he can tell you if you ask.

Bill is an internationally known inspirational and motivational speaker. He has been an advocate for veteran’s rights and the treatment of PTSD veterans. He is also a chaplain and minister for many non-profit groups and organizations. He speaks to various spiritual organizations across the country about yoga, ESP, angels, NDEs, healing powers, and psychic abilities.

His web site, has had over 30 million visitors since 1998 and continues to be among the most visited of its genre on the internet.

His acclaimed poetry book Purple Hearts deals with poetry from the Vietnam War and is available to organizations to sell for fund raising. His award winning poetry book “Sacred Eye – Poetry in Search of the Divine” won a $25,000 marketing and promotional award from Booksurge Publisher (March 2004).

Bill works with several non-profit foundations doing projects for the people of Vietnam and for the vision of world peace. He also helps veterans and their families through his support network and other PTSD organizations.

He is the founder of two of the biggest author organizations in north America – The Military Writer’s Society of America (MWSA) http://www.mwsadispatches.com/ and The American Author’s Association (AAA).

Bill has appeared and been interviewed on various issues and subject matters by over 300 radio and TV stations and newspapers since 2001.

Bill was born in San Francisco, California and was raised on the west coast – living in California, Oregon, and Hawaii. He was a surfer, SCUBA Diver Instructor, and Lifeguard in his early days. Spent over 30 years in management with the USPS and retired in early 2001 as a Safety Manager. He now lives with his wife of 45 years in Elk Grove, California. He has two adult children and six grandchildren. He used to spend part of each year away in India at an ashram in the jungles outside of Pune. But recent health issues have keep his travels within the USA – were he takes off for several months on the road helping non-profit organizations and promoting events and other authors. If you, or your organization, needs to connect with him he can be reached at: 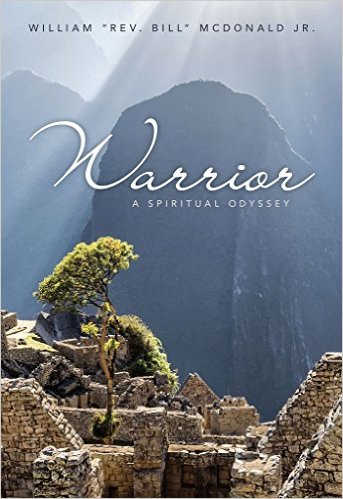