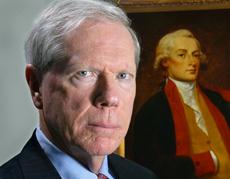 PAUL CRAIG ROBERTS has had careers in scholarship and academia, journalism, public service, and business. He is chairman of The Institute for Political Economy.

He has contributed chapters to numerous books and has published many articles in journals of scholarship, including the Journal of Political Economy, Oxford Economic Papers, Journal of Law and Economics, Studies in Banking and Finance, Journal of Monetary Economics, Public Choice, Classica et Mediaevalia, Ethics, Slavic Review, Soviet Studies, Cardoza Law Review, Rivista de Political Economica, and Zeitschrift fur Wirtschafspolitik. He has entries in the McGraw-Hill Encyclopedia of Economics and the New Palgrave Dictionary of Money and Finance.

He has contributed to Commentary, The Public Interest, The National Interest, Policy Review, National Review, The Independent Review, Harper's, the New York Times, The Washington Post, The Los Angeles Times, Fortune, London Times, The Financial Times, TLS, The Spectator, The International Economy, Il Sole 24 Ore, Le Figaro, Liberation, and the Nihon Keizai Shimbun. He has testified before committees of Congress on 30 occasions.

Journalism
Dr. Roberts was associate editor and columnist for The Wall Street Journal and columnist for Business Week and the Scripps Howard News Service. He was a nationally syndicated columnist for Creators Syndicate in Los Angeles. In 1992 he received the Warren Brookes Award for Excellence in Journalism. In 1993 the Forbes Media Guide ranked him as one of the top seven journalists in the United States.

Public Service
President Reagan appointed Dr. Roberts Assistant Secretary of the Treasury for Economic Policy and he was confirmed in office by the U.S. Senate. From 1975 to 1978, Dr. Roberts served on the congressional staff where
he drafted the Kemp-Roth bill and played a leading role in developing bipartisan support for a supply-side economic policy.

Honors
Dr. Roberts was awarded the Treasury Department's Meritorious Service Award for "his outstanding contributions to the formulation of United States economic policy."

In 1987 the French government recognized him as "the artisan of a renewal in economic science and policy after half a century of state interventionism" and inducted him into the Legion of Honor.

ABOUT How America Was Lost: From 9/11 to the Police/Warfare State by Paul Craig Roberts

Even as the view of America as a rogue state consolidates abroad,Americans appear largely bystanders at the spectacle of their government running amok. People forget the myriad instances of their government's flouting of the Constitution and international legal norms-- if ever they were aware of them in the first place--accepting to live in the increasingly pernicious "new normal" with little protest. This remarkable anthology of columns documents and reminds us of the extraordinary developments that, in their accumulation, have led to the destruction of accountable and moral government in the US.

Few American commentators have cut more clearly through the deepening deceit, hypocrisy and outright criminality that has infested official Washington since 9/11 than Paul Craig Roberts. His scathing critique sheds much-needed light on the country’s impending nightmare—economic collapse, internal repression, ongoing wars, and rising rejection by friends and foes alike. America’s fate was sealed when the public and the anti-war movement bought the government’s 9/11 conspiracy theory. This defining event of our time, which has launched the US on interminable wars of aggression and a domestic police state, is a taboo topic for investigation in the media.

Trillion dollar wars have created financing problems for Washington’s deficits,threatening the dollar’s role as world reserve currency, and putting Social Security and Medicare on the chopping block. These protections are called “entitlements” as if they are some sort of welfare that people have not paid for in payroll taxes all their working lives. With over 21 per cent unemployment, with American jobs, GDP, and technology having been given to China and India, with war being Washington’s greatest commitment, with the dollar over-burdened with debt, with civil liberty sacrificed to the bogus war on terror, the liberty and prosperity of the American people have been thrown into the trash bin of history.

The militarism of the U.S. and Israeli states, and Wall Street and corporate greed, will now run their course. “How America Was Lost" marks Roberts as one of the most incisive and courageous moral commentators in America today. 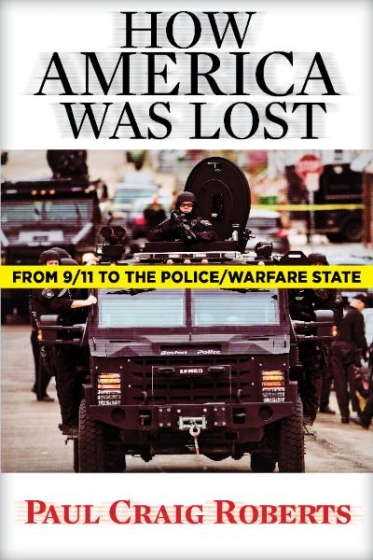