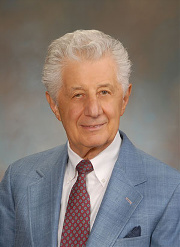 Michael Sage Hider obtained a B.S. Degree in Metallurgical Engineer from the University of Cincinnati, Ohio. Having been in the Air Force ROTC Program, he was commissioned into the United States Air Force as a Second Lieutenant. In the Air Force, Hider’s first assignment was to participate in hypervelocity impact studies at Eglin Airforce Base, Florida. He was then selected as part of an elite group of engineers to perform underground nuclear tests at the Nevada Test Site. Hider says that after conducting atomic bomb tests during the day, it was those many long and quiet nights in the Nevada Desert which allowed him much time to deeply reflect on what matters most in life. He concluded that obtaining and maintaining Enduring Peace of Mind, perpetual and deep contentment at the center of your being regardless of what has occurred in your life, is the greatest treasure in the world. It became obvious to him that perfect peace is much more valuable than fame and/or fortune, silver and/or gold. That is the peace of which Confucius, Buddha, and Jesus spoke. Those musings launched him on his lifetime journey which would ultimately lead to his development of the theory of how a person can obtain and maintain Enduring Peace of Mind through all the vicissitudes of life. After three years of active duty and some reserve time, Hider was honorably discharged from the Air Force with the rank of Captain. In further pursuit of his quest, Hider entered Seminary where he delved deeply into the matters of Theology, Philosophy, Latin, and Greek. It was during this scrutiny that he conceived of the concept of shaping one’s life by the use of Good Life Truths and positive thought dwelling. He came to realize that outside circumstances and conditions do not determine what your life is like nearly as much as the thoughts upon which you choose to dwell. Hider later enrolled into the Master of Arts Program at the University of Toledo, Ohio. He majored in Philosophy with a strong minor in Psychology. From these studies evolved his technique of “The Art of Thought Dwelling to Obtain and Maintain Enduring Peace of Mind”. Based on that effort, Hider graduated at the top of his class, with honors. Seeking more personal freedom, Hider entered Law School at Santa Clara University, California. He was a trial attorney for eleven years in Merced California. He then ran for and was elected a Superior Court Judge in Merced County. During his tenure as a judge, Hider presided over civil and criminal cases touching every aspect of life and the law. Combining that rich and unique experience with his conclusions concerning the importance of controlling one’s thought dwelling, led to his authoring his highly acclaimed book, “Spiritual Healing-Making Peace with Your Past.” The book is based on the premise that “I alone am responsible for how I feel every conscious moment of my life.” The book is now in its second printing by Tate Publishing. In addition to his studies at the University of Cincinnati, Toledo University, and Santa Clara University, Hider has matriculated at Ohio State University, San Jose State University, and Stanford University. Hider has taught courses in mathematics, science, philosophy, and /or law at Merced Community College, Chapman College, and the University of San Francisco’s Master’s Program. After thirty years on the Bench, Hider recently retired and now devotes full time to public and motivational speaker. 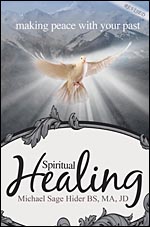