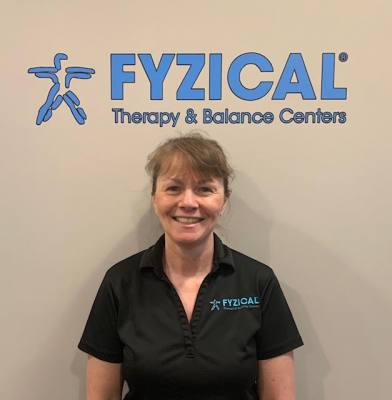 Prior to establishing Naperville Physical Therapy, Mary managed a hospital-affiliated rehabilitation clinic in Elmhurst, where she was raised. Since graduating in 1988, she has concentrated her practice in orthopedic and sports rehabilitation with a special interest in fibromyalgia/chronic pain and sports injuries. Mary participated in volleyball as a collegiate athlete and as a high school and grade school coach. She is a certified specialist in ASTYM, a highly effective treatment for chronic tendonitis. Mary is the proud mother of Sean, Colin and Kathryn.

“The physical therapy profession has gone through many changes in the 25 plus years that I have been an active member of it. I am truly grateful every day that I own FYZICAL Therapy and Balance Centers – Naperville, not only for the phenomenal staff that have chosen to work for my husband Gary and me, but for the amazing patients that continue to surprise and lift up our practice in more ways than I can mention."

For the past 20 years, we have been on the leading edge of the latest technologies at FYZICAL (formerly Naperville Physical Therapy).

All of these additions were based on thorough research, significant training and sometimes a gut feeling. At FYZICAL we have established a highly experienced staff in a state-of-the-art clinic that truly cares for the entire patient – not just a broken body part.