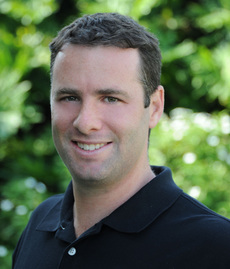 Dr. Kovacs is a renowned performance physiologist, researcher, author, speaker and coach with an extensive background training and researching athletes and elite performers. His unique skillset has made him one of the worldwide leading performance experts in the area of optimizing human performance through the application of cutting edge, evidence-based information. He formerly directed the Sport Science, Strength & Conditioning and Coaching Education departments for the United States Tennis Association (USTA). He was an All-American and NCAA doubles champion in tennis at Auburn University and earned his PhD from the University of Alabama. He is a Certified Tennis Performance Specialist (CTPS) and Master Tennis Performance Specialist (MTPS) through the iTPA, and in 2012 he was the youngest ever recipient of the International Tennis Hall of Fame Educational Merit Award. He has worked with more than two dozen top professional tennis players on all aspects of physical training including John Isner, Robby Ginepri, Ryan Harrison and Sloane Stephens.

As a sports administrator and executive he has worked at the highest level of sports and industry. Most recently he was the Director of the Gatorade Sport Science Institute which was established in 1985 and is committed to helping athletes optimize their health and performance through research and education in hydration and nutrition science. He was also an executive at Pepsico working in the area of long term research and innovation focused on improving athletic performance and monitoring using science and technology. He also directed the Sport Science, Strength & Conditioning and Coaching Education departments for the United States Tennis Association (USTA). The USTA is the largest National Sports Governing Body in the US. During his tenure at the USTA he created the integration of the medical and sport science services for full time athletes at the National Training Center in Boca Raton, Florida as well as the development of full service care and training at satellite facilities in Los Angeles and New York. He was instrumental on securing a long term partnership with Cleveland Clinic Florida as well as creating a systematic approach to the training and treatment of tennis athletes throughout the US.  He is also the co-founder of the International Tennis Performance Association (iTPA), which is the worldwide leader in tennis-specific performance enhancement and injury prevention education and certification. It is an international organization with members in over 23 countries focused on improving standards in the training and treatment of tennis athletes from the weekend warrior to the top professional players. The organization offers in-person and online educational opportunities for Strength & Conditioning professionals, athletic trainers, physical therapists, medical doctors, chiropractors, tennis coaches and other healthcare providers who work with tennis athletes. The iTPA is also the official education provider for major tennis federations throughout the world. Dr. Kovacs has also served on the investment and finance committees for the National Strength & Conditioning Association and gone through a Finance program for executives through the Emory University Goizueta Business School.

As a leader in the scientific community Dr. Kovacs has earned Fellow status in the American College of Sports Medicine (ACSM). The ACSM is the largest sports medicine and exercise science organization in the world. He has published over 50 peer-reviewed scientific articles and abstracts in top research journals, in addition to presenting workshops and keynote addresses on five continents and well over 100 presentations. His research has been published in top tier scientific publications including the British Journal of Sports Medicine, Clinical Journal of Sports Medicine, Sports Health, International Journal of Sports Physiology & Performance, Medicine and Science in Sports & Exercise, Journal of Strength & Conditioning Research among others. In 2010 he was awarded the prestigious Plagenhoef Award for sport science achievement (youngest ever recipient), and in 2012 he was the youngest ever International Tennis Hall of Fame Educational Merit Award winner. He currently chairs both the PTR Sport Science Committee and the ITF Health Benefits of Tennis Taskforce. He also is a member of the USTA National Sport Science Committee and the International Relations Committee of the ACSM. Over his career he has served on editorial review boards and as a peer reviewer for more than a dozen scientific journals.

Along with his academic and scientific background, Dr. Kovacs is also a coach and former professional athlete. He was an All-American and NCAA doubles champion in tennis at Auburn University. After playing professionally, he completed his graduate work at Auburn University and earned his Ph.D. in Exercise Physiology from The University of Alabama. Dr. Kovacs is a Certified Tennis Performance Specialist (CTPS) and Master Tennis Performance Specialist (MTPS) through the International Tennis Performance Association (iTPA), Certified Strength and Conditioning Specialist through the National Strength and Conditioning Association, a certified Health/Fitness Specialist through the American College of Sports Medicine, a United States Track and Field Level II Sprints Coach and USPTA-P1 Certified Tennis Coach. Over his career he has worked with more than two dozen top professional tennis players including John Isner, Sloane Stephens, Madison Keys, Robby Ginepri, Donald Young, Taylor Townsend as well as dozens of top professional athletes in the NBA, NFL and MLB. 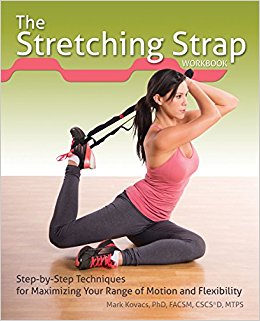