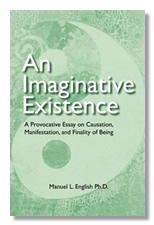 Dr. Manuel (Manny) L. English, is a retired executive and former professor. He was born in East Texas, one of ten children of sharecropper parents. When he was five years old, he began working in the cotton and corn fields along with his brothers and sisters attending school only when there was no work. Poverty prevailed in all directions. From the age of ten there were many moves to Arkansas and several parts of Texas in search of farm work.

At sixteen, to escape the poverty of his childhood, Manny enlisted in the U.S. Marines Corps serving in Korea with the 1st Marine Division. Two weeks after returning to Camp Pendleton, he came down with Korean malaria spending 45 days in a military hospital. This near-death experience gave him the opportunity to realize that he wanted to make something out of his life. He left the marines in the fall of 1955.

Not quite ready to settle down, he joined the U.S. Army in 1957 spending six years serving in Berlin and at Schofield Barracks, Hawaii. Manny met Jeanette in Honolulu in February 1962 and they married six months later. Perhaps as a sign of his innateness, in the fall of 1963 while at Schofield, Manny spent 30 minutes using five magic markers and a 9X14 sheet of paper creating a piece of abstract art for submission to the fourth All Army Art Contest. His piece won second place all army Hawaii, second place all army Far East, and fourth place all U.S. Army.

In 1964, he elected to leave the army and attend university. Two months later, a U.S. Air Force recruiter came and asked him to join. With one child and one on the way, and with the promise of support in getting his university degree, he enlisted as a staff sergeant in the Air Force. Ten months later Manny was selected for the ‘Boot Strap’ program spending a full calendar year at the University of Omaha  earning his bachelor’s degree. He was then immediately promoted to second lieutenant. The Air Force continued its educational support enabling Manny to earn masters (U of Oklahoma) and doctorate (U of Manchester, England) degrees. Manny retired from the U.S. Air Force in 1976. He is proud to hold the title: Marine, Soldier, and Airman.

Manny went on to teach at several universities and serve as chief executive officer of a number of medical organizations including two teaching hospitals, one in Saudi Arabia. He has traveled to over 35 countries. He has published numerous articles on a variety of subjects. He now resides in the Seattle area and his interests include fictional and non-fictional writing.