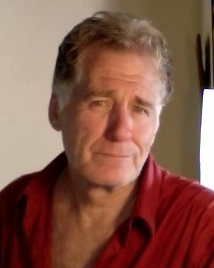 John Lash has been called the true successor of Mircea Eliade and the rightful heir of Joseph Campbell. Unlike those two world-class academics, John is a self-educated free-lance scholar who combines studies and experimental mysticism to teach directive mythology: that is, the application of myth to life, rather than its mere interpretation. He is a leading exponent of the power of myth to direct individual experience and drive historical events over the long term. An expert on sidereal mythology, naked-eye astronomy, precession, and the World Ages, he also teaches the critique of belief-systems. On metahistory.org, he presents a radical revision of Gnosticism, with original commentaries on the Nag Hammadi codices. He also presents the only complete restoration by any scholar of the Sophianic myth of the Pagan Mysteries, the sacred story of Gaia-Sophia, recounting the origin of the earth and the human species from the galactic core.

Since October 2008, John Lash is teaching Planetary Tantra and interactive magic with Gaia through the archetype/icon of the Shakti Cluster, the Tantric Tree of Life. This material is intended to orient the general public toward free-form experimental mysticism grounded in an intimate commitment to the earth. His more controversial writings on Kala Tantra, Gaian sexual magic, can be found on KaliRising: Intimations of a Mystical Hedonist.

John Lash is the only scholar of comparative mythology so far known to have rewritten a classical myth, giving it a different outcome: Orpheus and Eurydice.