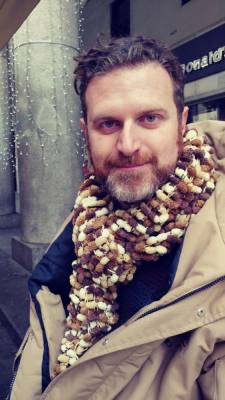 Joel Franco tells compelling stories with an elegant voice, a crisp Italian sensibility and beautiful pictures. Franco’s experience, vision and intensity bring leadership, heart, and an eye for detail to his films. His understanding of the human condition and his passion for authenticity combine to create artistic, highly commercial works that draw the audience in and make them feel. Franco’s genuine desire to protect the integrity of each story and to bring out the best in the actors and crew have made him a trusted source for getting the job done. Colleagues trust his refreshing character and understand that he is a man of commitment and does what he says he will do, when he says he will do it.

Joel Franco was born in Italy and came to the United States in his late teens where he quickly immersed himself in American culture and film. According to Franco, “I have always admired American films. The American school of acting has a long history of producing great actors and I wanted to be a part of the world of film–a place where captivating stories are unveiled. The creation of film plays into my strengths: I love that magic is the result of the creative process. There must be passion to nurture the momentum of the story. And one must have intense focus to get the job done.”

Influenced by American filmmaker Sidney Lumet for his vigorous storytelling and Italian director Robert Rossellini for his social realism, Franco is dedicated to staying true to the story in a fast paced, realistic and refined style.

In 2006, Franco partnered with Solidaris LLC to found Chesapeake Films, LLC. Chesapeake Films has option agreements to produce several feature films and plans to produce two features per year in-house and to collaborate with established film companies for additional opportunities.

Joel Franco is a graduate of University of Maryland/Baltimore, a graduate of the USC-Universal Producing and Directing Program, and holds an M.F.A. in film production from the School of Film and Television at Loyola Marymount University in Los Angeles.