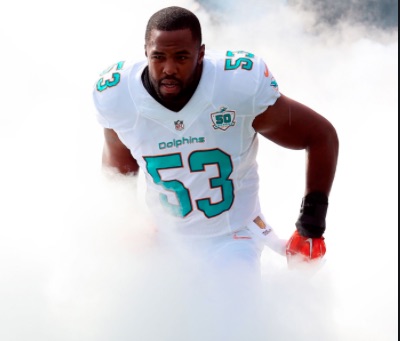 Jelani Jenkins is a 2009 Watkins Award Honoree from Silver Spring, Maryland.  He played Maryland Little League for Wheaton, and then Maplewood programs in Montgomery County. In high school, Jelani played football for Our Lady of Good Counsel. Jelani had over 40 offers to major D1 Schools which he ultimately chose The University of Florida.  He quickly established himself as not only a football player but SEC Academic Honor Roll. As an athlete he became recognized as one of college football’s best outside linebackers. In 2013, Jelani was selected in the 4th round of the NFL Draft by the Miami Dolphins. He quickly became one of the best defensive players in the NFL (110 Tackles, 3.5 Sacks).