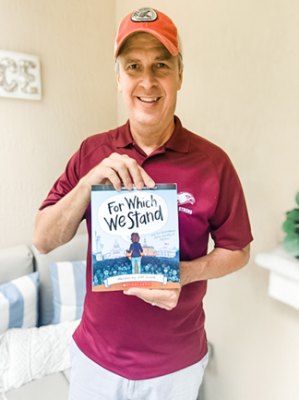 As an Advanced Placement Government & Politics teacher since 2001, Jeff Foster became well-known through his involvement after the February 14, 2018,massacre at Marjory Stoneman DouglasHigh School in Parkland, Florida.After the tragedy that occurred at his school, killing 17 students and faculty and injuring 17 others, many of Jeff’s students credited him with giving them the tools they used to activate the “Never Again” movement and the March For Our Lives. Foster was instrumental in organizing meetings –trips to Tallahassee and Washington, DC –which iswhy Scholastic approached himto writehis book, For Which We Stand: How Our Government Works and WhyIt Matters.Jeff continuesto motivate and inspire his students to become active participants in government. He believes that one person can make a difference, no matter their age.With the political climate that has been brewing over the last several years, the transition of power, and the insurrection, it’s become even more important for kids to understand our government: where it came from, how it works and how we can bring aboutchange. In the words of Jeff Foster, “If you don’t participate, you can’t complain.”The book answers questions about the Constitution, the different branches of the government, the Electoral College and the various responsibilities of city, state and federal governments. And it does it in a way that’s fun and easy for readers young and oldto understand.Foster’s book covers a myriad of topics ranging from the capitol insurrection to the need for more extensive civics education in schools.“I always felt like I had a good nonpartisan voice, and I think one of the skills I have as a teacher is not only being able to relate directly to the kids but impart knowledge on them to where they’re looking at things from all sides,” said Foster, “and that’s sortof what you get with the book.”A Coral Springs native, Foster attended J.P. Taravella High School and then graduated from Florida State University. But it wasn’t until discovering a 9-to-5 job wasn’t for him that he decided to try his hand at teaching.He went back to school to take masters-level classes for his teaching certification, and in his mid-20s, after substituting at Coral Springs High School, Foster was hired to teach social studies at Marjory Stoneman Douglas High School.Jeff Foster is a lifelong Floridian and currently resides in Lake Worth with his wife Loren and their two young daughters, Lilly and Luciana. 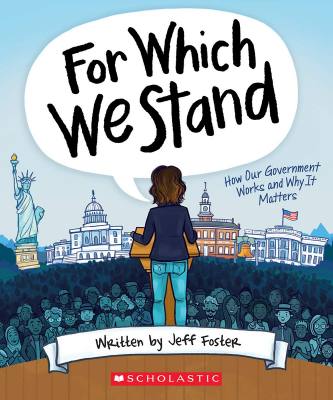