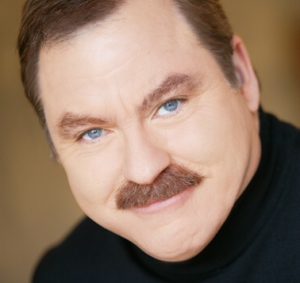 Does James even need an introduction?

James' unique paranormal experiences during the past twenty-five years have been recorded in his best-selling books Talking To Heaven, Reaching To Heaven, and Healing Grief. His fourth book is the proclaimed Heaven and Earth - Making the Psychic Connection. In September 2003, teens were introduced to Looking Beyond: A Teen's Guide to the Spiritual World. In November of that same year his book Meditations with James Van Praagh brought a new awareness to the meditation experience. His newest book, Ghosts Among Us, was released to critical acclaim in May 2008 and quickly landed on the New York Times Bestseller list and #1 on Amazon.com Bestseller list.

James shared his extraordinary gift on television with a daytime talk show of his own entitled Beyond With James Van Praagh. The show aired in the U.S. from September 2002 through September 2003 and is still showing in syndication in Europe, Australia and South America.

In April 2002, James began an ongoing relationship with the CBS network and produced an incredibly successful mini-series Living With The Dead, inspired by his first book Talking To Heaven. This mini-series starred Ted Danson and Mary Steenburgen and was the highest rated show for CBS in two years. In October 2004 his second successful CBS project aired entitled The Dead Will Tell starring Anne Heche.

Currently James is Co-Executive Producing his first CBS primetime series Ghost Whisperer starring Jennifer Love Hewitt. This show premiered in September 2005 and has become the #1 Friday night drama for CBS. It began its third season in September 2007. It is currently seen in over 200 markets worldwide.

To assist others in spiritual awareness, James travels the world teaching mediumship development classes, hosting spiritual cruises, and conducting sold-out seminars. He takes pride in having built a web site that encourages spiritual learning, grief support and friendships through its many online communities, resources and activities.