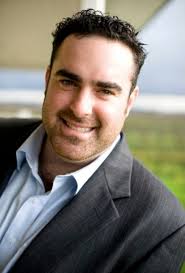 Jake Kloberdanz is CEO and Co-Founder of ONEHOPE, a social enterprise that donates half of profits to partner nonprofits benefitting a variety of causes. Jake Kloberdanz has been recognized by Businessweek as one of the “Top 25 under 25”, OC Metro’s “Top 40 Under 40”, and was the youngest nominee for Entrepreneur of the Year by Ernst & Young in 2009. Jake was also recently featured as a TEDx speaker and is an active member of the Young Entrepreneur Council.

Jake has successfully raised over $10M in financing since starting ONEHOPE Wine in 2007 and helped grow sales by over 100% over the last 6 years.  ONEHOPE has successfully worked with hundreds of nonprofit partners and has donated over $1.2M to various nonprofits. With the success of the cornerstone product, ONEHOPE Wine, Jake has led the company to become one of the fastest growing wine brands in the U.S. In addition, Jake’s company was ranked in Inc. Magazine’s 500|5000 in 2012 and 2013 – an annual exclusive list of America’s fastest-growing private companies.

Jake has been profiled in numerous outlets including, Leaders Magazine, Entrepreneurs and SUCCESS Magazine as an expert in integrating cause into our culture, brand or business model. His business model theory, known as Cause-Centric Commerce, defines turning impact into a long term and sustainable one by helping build cause into companies’ and individual’s everyday business model, culture and lifestyle.

He was a three-year Scholar Athlete at UC Berkeley graduating from the Haas School of Business and took home two national championships in college rugby. He has served over 5,000 volunteer hours since 2001 and was also an active member in the alpha beta chapter of Sigma Chi.