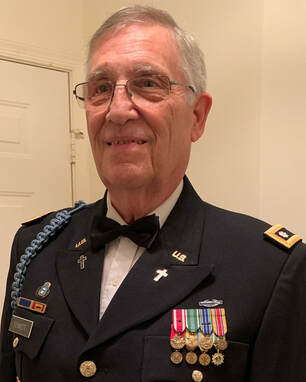 STRENGTH IN LIFE COMES FROM A DEEP FAITH THAT YOU WERE PUT HERE FOR A REASON.

Herb Sennett, Discovered The Secret To Success In Life! He has earned six college degrees in six different fields. Herb pursued two parallel careers as a full-time professor for nearly 35 years, and a US Army Reserve officer. All these things he did while being faithful to his family, his church, and his principles.

​​Herb is a storyteller in the classic sense, he weaves life lessons out of stories from his own experiences and those from ancient history. His presentations are full of real-life stories and are illustrated by interactive video, slides, graphs, and sounds.

Herb recently retired from 35 years as a professor theater arts and speech communications. He also retired after 28 years in the army reserves serving the last 21 as a chaplain. His areas of expertise are communicating effectively in an ineffective world, the eighteenth-century London stage, and spirituality in the military. Herb is currently writing a biography of another military chaplain based on their close personal friendship over the past 35 years: a baptist and a rabbi.

Author of Death on Duval St.: A Novel, Death on A1A: A Perry Savant Novel, and The Reluctant General, A Novel From Ancient Jewish Writings.

He has a B.A. degree is in speech and holds five graduate degrees: M.A. in oral interpretation, M.F.A. in acting & directing, the M.Div. and D.Min. in theology and Christian ministry, and the Ph.D. in theater. Herb has also been interviewed during two presidential campaigns as an expert in communication skills.

CH (LTC) HENRY HERBERT "HERB" SENNETT, USAR, RETIRED
​Chaplain Sennett served for a total of twenty-four years as an officer in the US Army Reserves with three years of active duty. He served a year as an infantry officer in Vietnam assigned to the Military Advisory Command-Vietnam as a Mobile Advisory Team member. His station was Vinh Long Province. During the First Gulf War, he was called to active duty for duty at Ft. Stewart and Hunter Army Airfield near Savannah, GA. During his reserve tenure he served with the Arkansas National Guard for two years then with the 3220th USA Garrison (West Palm Beach, FL; 7/9 Field Artillery (Ft. Lauderdale, FL), the 324th Army Hospital (Perrine, FL), the 377th Theater Support Command (New Orleans, LA, and the 478th Civil Affairs Brigade (Miami, FL). 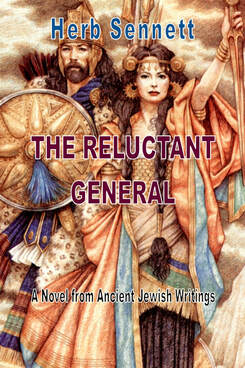