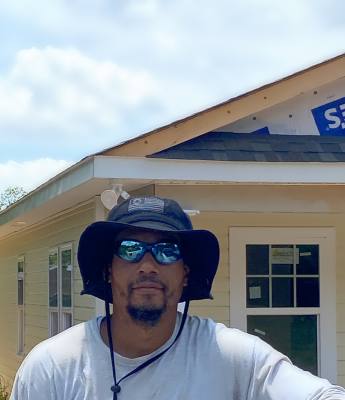 Greg is an AmeriCorps Construction Crew Leader with Habitat for Humanity of the Charlotte Region. Prior to his AmeriCorps service, Greg served in the United States Navy as an electrician onboard the USS Ronald Reagan and was part of three deployments in four years. During his time in the Navy, Greg volunteered with Habitat for Humanity in Singapore and in Thailand, which helped him to develop a strong desire to help the community and a caring spirit towards others around the world. Greg received his degree in aeronautics after leaving the military in 2012 and later became an airline and commercial helicopter pilot. Not finding the fulfillment he desired, Greg left the aviation industry in pursuit of a more meaningful career, which ultimately led him to an opportunity with Habitat Charlotte in April 2020 as an AmeriCorps member. Greg is currently wrapping up his first term as a Construction Crew Leader and is preparing to begin his second term.